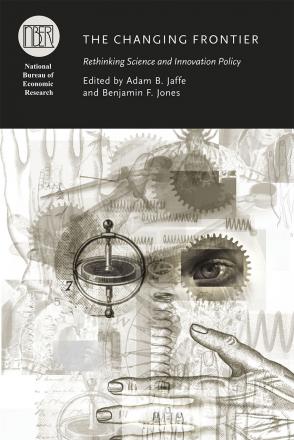 In 1945, Vannevar Bush, founder of Raytheon and one-time engineering dean at MIT, delivered a report to the president of the United States that argued for the importance of public support for science and the importance of science for the future of the nation. The report, Science: The Endless Frontier, set America on a path toward strong and well-funded institutions of science, creating an intellectual architecture that still defines scientific endeavor today.
In The Changing Frontier, Adam B. Jaffe and Benjamin F. Jones bring together a group of prominent scholars to consider the changes in science and innovation in the ensuing decades. The volume addresses topics including changes in the organization of scientific research, the geography of innovation, modes of entrepreneurship, the structure of research institutions, and linkages between science and innovation. An important analysis of where science stands today, The Changing Frontier is invaluable to practitioners and policy makers alike.