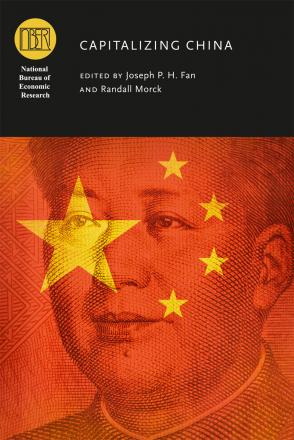 China’s economic boom over the last two decades has taken many analysts by surprise, given the ongoing role of central government planning. Its current growth trajectory suggests that the size of its economy could soon surpass that of the United States, and some argue that continued growth and the expanding middle class will ultimately exert pressure on the government to bring about greater openness of the financial market.
To better understand China’s recent economic performance, this volume examines the distinctive system it has developed: “market socialism with Chinese characteristics.” While its formal institutional makeup resembles that of a free-market economy, many of its practices remain socialist, including strategically placed state-owned enterprises that wield influence both directly and through controlled business groups, and Communist Party cells whose purpose is to maintain control of many segments of the economy. China’s economic system, the contributors find, also retains many historical characteristics that play a central role in managing the economy. These and other issues are examined in chapters on China’s financial regulations, corporate governance codes, bankruptcy laws, taxation, and disclosure rules.