Europe and the Euro 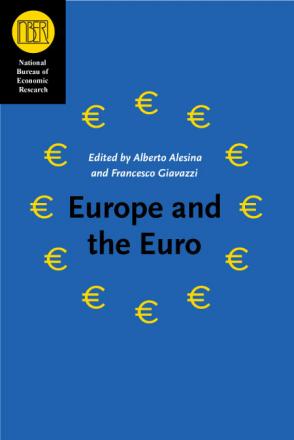 It is rare for countries to give up their currencies and thus their ability to influence such critical aspects of their economies as interest and exchange rates. Yet ten years ago a number of European countries did exactly that when they adopted the euro. Despite some dissent, there were a number of arguments in favor of this policy change: it would facilitate exchange of goods, money, and people by decreasing costs; it would increase trade; and it would enhance efficiency and competitiveness at the international level.
A decade is an ideal time frame over which to evaluate the success of the euro and whether it has lived up to expectations. To that aim, Europe and the Euro looks at a number of important issues, including the effects of the euro on reform of goods and labor markets; its influence on business cycles and trade among members; and whether the single currency has induced convergence or divergence in the economic performance of member countries. While adoption of the euro may not have met the expectations of its most optimistic proponents, the benefits have been many, and there is reason to believe that the euro is robust enough to survive recent economic shocks. This volume is an essential reference on the first ten years of the euro and the workings of a monetary union.