For much of the last decade, policymakers in advanced economies have grappled with challenges resulting from the Great Recession of 2007–09 and sovereign debt problems in Europe. During this time, inflation was persistently below targets set by central banks in the United States, Europe, and Japan. As a consequence, a major focus of research and practice was how to further stimulate these economies through unconventional monetary policy and raise their rates of inflation toward target levels.

More recently, the global economic downturn and subsequent rebound associated with COVID-19 have shifted the focus of both research and practice. In 2021, advanced economies — and especially the United States — have experienced a substantial increase in inflation, to levels well above target. This has raised concerns about the reemergence of inflation that have been largely dormant for some time.

Alongside these macroeconomic developments, the field of monetary economics has been influenced by other societal changes, such as rising inequality, increasing concern about climate change, and the development of new technologies such as blockchains and cryptocurrencies.

Several strands of methodological and theoretical advances also have made a large imprint on the field of monetary economics over the past decade. On the empirical side, researchers have increasingly embraced new data sources, including high-frequency and cross-sectional data, and methods of identification. The increased use of forward guidance — statements by central banks about the future path of policy rates — has raised significant theoretical issues and resulted in a burst of innovative research. Also, the development of heterogeneous agent New Keynesian models — HANK models — has been important.

In this brief program report, we highlight several strands of innovative research on these issues, conducted by affiliates of the NBER’s Monetary Economics Program.

Over the past decade, this conventional wisdom has been challenged. It is costly to hold large amounts of cash. It is therefore not clear that negative interest rates will lead to the rush for cash that conventional wisdom suggests. In the mid-2010s, several European central banks as well as the Bank of Japan decided to test negative waters. Figure 1 — taken from work by Mauricio Ulate — shows the evolution of policy rates in the Euro area, Denmark, Sweden, Switzerland, and Japan since 2010.1 Switzerland and Denmark have ventured farthest into negative territory, with policy rates reaching −0.75 percent.

An important concern with negative nominal interest rates is how they affect bank profitability. If deposit rates do not fall below zero — because of bank concerns regarding depositor reactions to such a move — while lending rates and yields on other bank assets fall, negative nominal rates will potentially squeeze bank interest rate margins. Banks may react to this by not reducing lending rates or, if they do cut rates, reduced profits may adversely affect their net worth and therefore their ability to lend. Markus Brunnermeier and Yann Koby present a formal model that captures these effects. In their model, if interest rates fall below a certain level, which they call the “reversal interest rate,” further reductions in interest rates become counterproductive.2

This development led researchers to analyze in more detail the effectiveness of forward guidance through the lens of standard macroeconomic models. Early work by researchers at the Federal Reserve yielded puzzling results: modest amounts of forward guidance seemed to have implausibly large effects on output and inflation.5 Alisdair McKay, Emi Nakamura, and Jón Steinsson showed that this implication results from the extremely forward-looking nature of standard macroeconomic models and the assumption that consumers and firms can act on their beliefs through financial markets with frictionless borrowing and saving.6 In these models, an expected fall in interest rates far in the future creates a sustained output boom. The boom is highly inflationary and can easily result in extreme increases in both output and the price level.

This was soon recognized as an important defect of the class of models commonly used by researchers to analyze macroeconomic policy, with implications for many policy questions beyond forward guidance. A great deal of theoretical research has focused on how various simplifying assumptions that are often viewed as innocuous contribute to these perverse implications. McKay, Nakamura, and Steinsson relax the common assumption of complete markets and show that uninsurable income risk and liquidity constraints make households less responsive to interest rates in the distant future.7 Iván Werning shows that uninsurable income risk and liquidity constraints can amplify or mute the effects of forward guidance depending on the cyclicality of risk.8 George-Marios Angeletos and Chen Lian show that modest deviations from the usual assumption that everyone has full common knowledge about future interest rates attenuate general equilibrium feedback associated with far-future interest rates.9 Emmanuel Farhi and Werning show that the combination of uninsurable income risk, liquidity constraints, and a form of bounded rationality known as level-k thinking mitigates the effects of monetary policy and especially the effects of forward guidance at long horizons.10 Xavier Gabaix shows that another type of bounded rationality, partial myopia toward distant atypical events, has similar effects.11 Finally, Pascal Michaillat and Emmanuel Saez show that incorporating wealth in household utility functions also mutes the effects of forward guidance about the distant future.12

What Is Going On with Inflation?

Inflation in the United States has risen sharply this year. There is a very lively ongoing debate about the causes of this rise and the extent to which it may persist. In this context, it is easy to forget that for most of the preceding several decades, research and policy discussions about inflation focused on why inflation was so stable despite substantial variation in unemployment and other measures of economic slack. Both the current and the prior inflation debates are to a large degree about the nature of the Phillips curve, which describes how much inflation rises in response to a decline in unemployment and an increase in labor market tightness.

Conventional wisdom about the Phillips curve was arguably shaped by the disinflation period in the 1980s when, under the leadership of Paul Volcker, the Federal Reserve tightened monetary policy sharply. Unemployment rose sharply and inflation fell sharply. Many view this as convincing evidence that the Phillips curve is “steep” — that high unemployment has a large, negative causal effect on inflation. But if this view is true, the history of inflation since 1990 presents a series of puzzles. Unemployment fell to very low levels both in the late 1990s and in the late 2010s without inflation rising appreciably. Furthermore, unemployment rose as much in the Great Recession as it did in the early 1980s without inflation falling nearly as much. This led many to argue that the Phillips curve had become flatter. Figure 2 — taken from work by James Stock and Mark Watson — illustrates the flattening of the Phillips curve.13

Several explanations have been given for this apparent flattening. Laurence Ball and Sandeep Mazumder argue that a Phillips curve specification with inflation measured using median inflation and economic slack measured using the short-term unemployment rate fits the data well from 1985 onward.14 Olivier Coibion and Yuriy Gorodnichenko argue that the apparent lack of responsiveness of inflation to economic slack in the aftermath of the Great Recession is due to an increase in inflation expectations from 2009 to 2011 resulting from rising oil prices over this period.15 In contrast, Ben Bernanke and Frederic Mishkin argue that the apparent flattening of the Phillips curve is due to inflation expectations becoming more firmly anchored.16

The rise of US inflation in the summer and fall of 2021 has been substantially larger and faster than in the last few US recoveries. Long-term inflation expectations have up to this point been relatively well anchored and therefore do not provide an explanation. An unusual feature of the COVID-19 recession and the recovery has been a large shift in demand from services to goods. Veronica Guerrieri, Guido Lorenzoni, Ludwig Straub, and Werning show that such a sectoral shift will manifest itself as a “cost-push” shock in the Phillips curve, driving inflation up at a given level of unemployment.21 Other forces that may be playing significant roles include a sustained fall in labor supply and highly expansionary fiscal policy. Analyzing these issues will be an important focus of research in the Monetary Economics Program over the next few years. 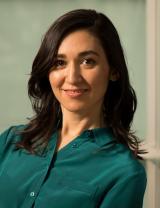 Emi Nakamura is a Chancellor’s Professor of Economics at the University of California, Berkeley and a director of the Monetary Economics Program. 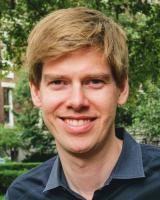 Jón Steinsson is a Chancellor’s Professor of Economics at the University of California, Berkeley and a director of the Monetary Economics Program.