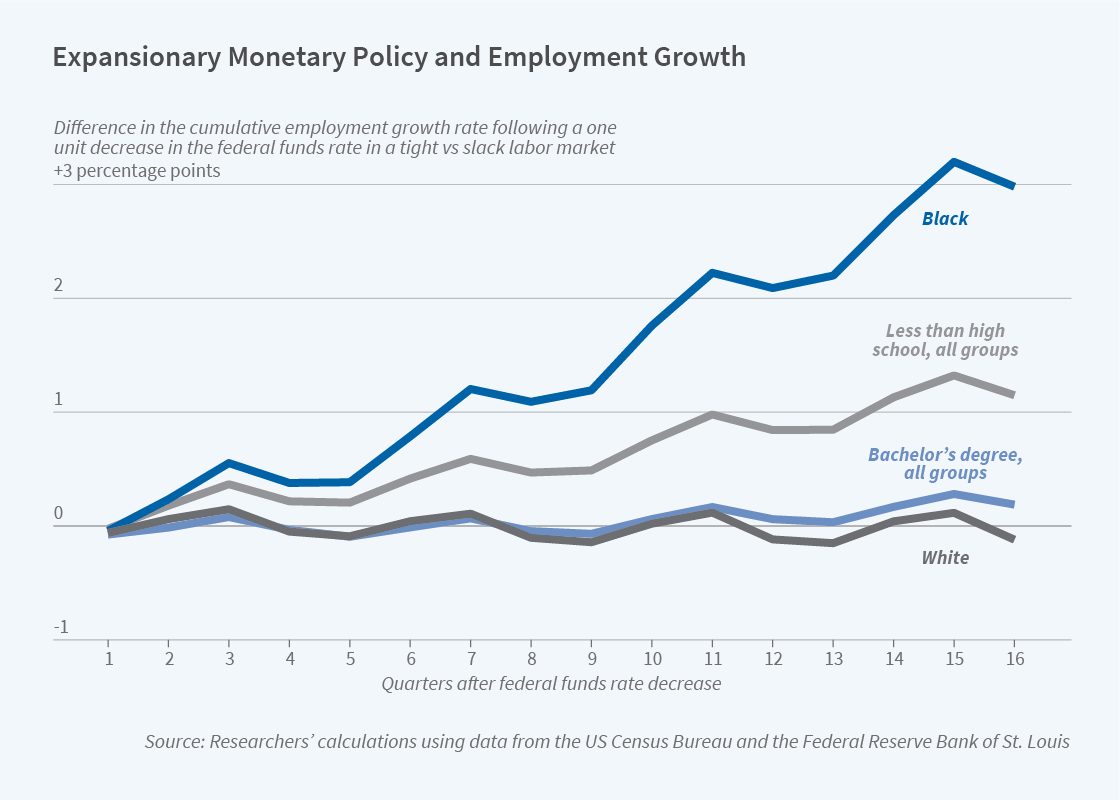 Following its 2020 Monetary Policy Report, the Federal Reserve emphasized maximum employment as a “broad-based and inclusive goal” and stressed the importance of a strong labor market to generate employment gains widely across society. Monetary policy’s effects on different segments of the labor market, however, are not well understood. The researchers seek to address this gap.

The researchers also present a heterogeneous-worker New Keynesian model that provides a framework for interpreting their finding that monetary policy has these disparate effects. Workers are differentiated by their productivity levels, which could vary due to differences in education levels, on-the-job discrimination, or other reasons. The trade-off between unemployment and inflation — the Phillips curve — plays a key role in determining optimal central bank policy in this setting. When the inflationary pressures from a tight labor market are modest, as evidence from the two decades prior to the pandemic suggests, then the central bank can retain low interest rates longer. This expansionary policy results in a higher labor force participation rate for low-productivity workers over time.

The theoretical and empirical results in this study both highlight the role of labor market tightness in mediating the impact of monetary policy on workers with low labor force attachment. They suggest that the Federal Reserve’s recent change in monetary policy regime, from strict to average inflation targeting, will over time increase the labor market activity of demographic groups with lower historical employment rates.