Social Security Programs and Retirement around the World: The Relationship to Youth Employment 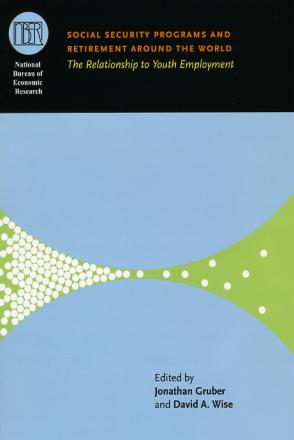 Many countries have social security systems that are currently financially unsustainable. Economists and policy makers have long studied this problem and identified two key causes. First, as declining birth rates raise the share of older persons in the population, the ratio of retirees to benefits-paying employees increases. Second, as falling mortality rates increase lifespans, retirees receive benefits for longer than in the past. Further exacerbating the situation, the provisions of social security programs often provide strong incentives to leave the labor force.
Social Security Programs and Retirement around the World offers comparative analysis from twelve countries and examines the issue of age in the labor force. A notable group of contributors analyzes the relationship between incentives to retire and the proportion of older persons in the workforce, the effects that reforming social security would have on the employment rates of older workers, and how extending labor force participation will affect program costs. Dispelling the myth that employing older workers takes jobs away from the young, this timely volume challenges a raft of existing assumptions about the relationship between old and young people in the workforce.