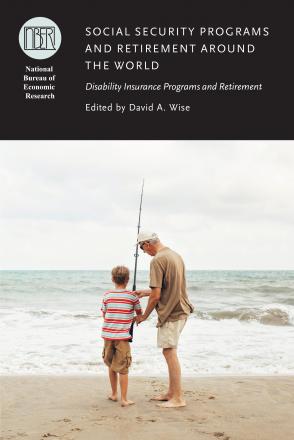 Even as life expectancy in many countries has continued to increase, social security and similar government programs can provide strong incentives for workers to leave the labor force when they reach the age of eligibility for benefits. Disability insurance can also play a significant role in the departure of older workers from the labor force, with many people in some countries relying on it until they are able to enter into full retirement.
The sixth stage of an ongoing research project studying the relationship between social security programs and labor force participation, this volume draws on the work of an eminent group of international economists to consider the extent to which differences in labor force participation across countries are determined by the provisions of disability insurance programs. Presented in an easily comparable way, their research covers twelve countries, including Canada, Japan, and the United States, and considers the requirements of disability insurance programs, as well as other pathways to retirement.