The idea that parenthood has differential effects on women and men is not new. However, recent work has developed new and transparent ways of estimating the magnitude of child penalties — the negative effects of having children on the labor market outcomes of women relative to men. This research quantifies how much of gender inequality child penalties explain and studies their underlying drivers.

While this research agenda is ongoing, a clear picture is beginning to emerge: child penalties account for most of the remaining gender inequality in labor market outcomes, at least in developed countries, and they cannot be explained by traditional mechanisms rooted in biology, comparative advantage, or public policies. Rather, child penalties seem to reflect social norms about the roles of men and women, norms that vary strongly across space and demographic groups. Further reductions in gender inequality will require a reduction in child penalties, which in turn requires a change in gender norms. This view represents a strong departure from traditional research on gender inequality, which focused on human capital accumulation and discrimination. In this article, I present a nontechnical review of my recent work on child penalties.

To set the scene, Figure 1 presents evidence on child penalties in the United States. The results are taken from my 2022 study,1 and they are based on the event study approach I developed with Camille Landais and Jakob Egholt Søgaard.2The figure shows the evolution of employment and earnings for men (black lines) and women (blue lines) around the birth of a first child. The year of the first child’s birth is indexed as event time t = 0, marked by the dashed vertical line. The outcomes of both men and women have been normalized to zero in a base year before a child’s birth (specifically at t = −2), so that outcomes in any given year are measured relative to that pre-child base year. Changes relative to the base year are reported in percentages.

The findings are striking. The outcomes of men and women are almost perfectly parallel before childbirth, and diverge immediately and sharply after childbirth. Having a child is a nonevent for men, but leads to an immediate and persistent drop in employment and earnings for women. Parenthood reduces female employment by 25 percent and female earnings by 33 percent, relative to males. These estimates are obtained from event studies around the first child’s birth and do not condition on the total number of children. As a result, the child-driven gap between men and women reflects the impact of subsequent children as well.3 The size of the child penalty increases with the number of children.

The preceding estimates are based on data from 1968 to 2020. As shown in my 2022 study, US child penalties have declined significantly over time, but virtually all of this decline occurred prior to the mid-1990s. Since that time, child penalties have been stagnant, a finding that explains the observed slowdown of gender convergence in recent decades.

How can child penalties vary so strongly across countries, and even across countries at similar income levels and in close proximity? It is natural to consider factors that display large variation across otherwise similar countries. One such factor is gender norms. Indeed, child penalties correlate strongly with elicited gender norms from value surveys. Scandinavian countries are among the most gender progressive in the world, and central European countries are among the most gender conservative. A telling anecdote is that Switzerland did not grant women the right to vote until 1971 in national elections, and until 1990 in some local elections. The cross-country evidence is therefore consistent with an effect of social norms.

For studying the underlying mechanisms driving child penalties, it is useful to consider variation across space within countries. Strikingly, child penalties display as large a variation within countries as they do across countries. My 2022 study provides evidence for the United States. Figure 3 presents case studies of employment penalties in four US states: North Dakota, Texas, California, and Utah. The impact of childbirth on employment varies greatly in magnitude across these states. The child penalty is relatively small in North Dakota (similar to Scandinavia), intermediate in Texas and California (similar to the US overall), and extremely large in Utah (similar to Switzerland). Considering the entire country, my findings show that state-level variation in child penalties maps almost one for one with state-level variation in raw gender gaps. In other words, child penalties account for almost all of the variation in gender inequality across space.

The fact that child care comes with a career cost is not surprising in itself, although the magnitudes documented above are perhaps surprising. The more intriguing question is why the career cost of children is so gendered even in modern societies. In other words, what explains the strength and persistence of the gendered homemaker-breadwinner institution? I have mentioned the possible role of social norms, but let me take a step back and consider a set of more traditional explanations.

The natural starting point is biology. Only women can bear and give birth to children, and only women can breastfeed. We would expect such factors to matter for the short-run impact of children, but they may also matter for the longer run due to labor market dynamics. For example, work interruptions around childbirth may have lasting effects through human capital accumulation and job market signaling. Studying the role of biology requires separating the effect of having a child from the effect of giving birth to a child. In a 2021 study, written together with Landais and Søgaard, we propose to do this by comparing child penalties in biological and adoptive families, adjusting for selection into adoption.6 We find that short-run child penalties are slightly larger for biological mothers than for adoptive mothers, but that long-run child penalties are the same. These results suggest that biology is not a key driver of child-related gender inequality.

Yet another possible explanation considers the effect of public policies. For child penalties, it is natural to focus on the effect of family policies such as parental leave plans and child care subsidies. The cross-country evidence discussed above is not suggestive of important policy effects. For example, low-penalty countries in Scandinavia have very generous family policies, but so do a number of high-penalty countries in central Europe. The absence of major policy effects can be confirmed by quasi-experimental evidence from within countries. In a 2022 paper, Landais, Posch, Steinhauer, Zweimüller, and I investigate the long-run impact of family policies in Austria using policy experiments spanning more than half a century.7 We find that the enormous expansion of paid parental leave and child care subsidies in Austria has had virtually no impact on child penalties and gender inequality.

A factor that does have an impact on gender gaps is labor market structure, and especially the temporal flexibility and family-friendliness of jobs.8 Greater job flexibility lowers child penalties on women, all else equal. While this is an interesting point, it is important to recognize that job flexibility effects operate through a general equilibrium channel. Such effects would affect mothers and fathers equally unless something else tilts childcare toward women. In other words, the lack of job flexibility serves as an important amplification mechanism, but it cannot explain child penalties and gender gaps on its own. It shifts the research question one level up: why does job flexibility matter for mothers, but not for fathers?

The preceding evidence and arguments speak against explanations rooted in gendered incentives. Incentives may matter, but their explanatory power seems relatively small in this context. This implies that child penalties are better understood through the lens of gendered preferences. What is more, the fact that child penalties vary greatly over time and across space points to endogenously formed preferences, influenced, for example, by social norms or culture. The strong correlation between child penalties and elicited gender norms from value surveys is suggestive, but not conclusive in itself.

To provide more conclusive evidence, my 2022 study presents epidemiological research on movers and immigrants in the US. The idea of this approach is to investigate whether variation in child penalties among movers and immigrants can be explained by variation in the child penalties of their birthplaces, even though they are no longer exposed to the labor market institutions and incentives of those birthplaces. Such effects are most naturally interpreted as effects of birthplace on preferences, for example through the transmission of social norms.

The idea that parenthood affects men and women differently is not new. Yet, for a long time, this issue played a relatively peripheral role in the literature on gender inequality. The research program summarized here has brought it to the forefront. This research has developed a transparent event study approach to estimating the impact of children on women relative to men — the child penalty — and to studying its underlying drivers. In developed countries, child penalties can explain most of the remaining gender inequality in the labor market. In other words, eliminating gender inequality is virtually synonymous with eliminating child penalties. While the existence of child penalties may seem obvious at first glance, say, because of biologically determined comparative advantage, the size and persistence of the effects are puzzling. Traditional explanations rooted in biology and comparative advantage matter mostly for infant childcare and cannot explain the long-run effects observed in the data. 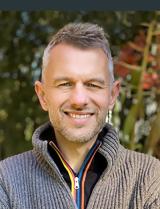 Henrik J. Kleven is the Lynn Bendheim Thoman, Class of 1977 and Robert Bendheim, Class of 1937, Professor of Economics and Public Affairs at Princeton University. Previously, he has held positions at the London School of Economics and the University of Copenhagen. He is a former coeditor of the American Economic Review and former chief editor of the Journal of Public Economics.

An NBER research associate affiliated with the Public Economics Program, he received his PhD from the University of Copenhagen in 2003.

Kleven’s research focuses on public economics and labor economics, including both theoretical and empirical work. He has been particularly active in studying dimensions of inequality, such as gender inequality, as well as the effects and optimal design of taxation, welfare, and family policies. His work has had policy impact in both developed and developing countries. His academic articles have been published in leading journals such as the American Economic Review, Econometrica, the Journal of Political Economy, The Quarterly Journal of Economics, and The Review of Economic Studies.