Age discrimination is an important problem and challenge in the United States and elsewhere, given that policymakers are trying to lengthen work lives of older people in response to population aging. We have been studying many dimensions of age discrimination, measuring its importance in the US economy, understanding the impact of policies intended to combat it, and exploring alternative ways that protections against age discrimination can be strengthened.

Indirect evidence on age discrimination comes from comparing observed behavior of older and younger workers. For example, older workers typically have longer unemployment durations. This difference grows during economic downturns like the Great Recession. However, this could reflect differences in the jobs that older and younger workers are willing to accept, rather than age discrimination in hiring. Similarly, workers near traditional retirement ages, especially women, experienced larger employment losses during the COVID pandemic and the related recession, which could be due to age discrimination but could also reflect factors such as greater sensitivity of older workers to the risk of infection in the workplace.1

There is other evidence of age discrimination in hiring from nonexperimental approaches. In data from a single company hiring across multiple stores, a change in hiring procedure from in-person interviews to age-blind online assessments was rolled out over time. The in-person interviews, in which the interviewer could assess age immediately, led to lower hiring of older applicants. Older applicants fared better in the age-blind online assessments, getting more interviews — likely because of more work experience — but adverse treatment of older applicants emerged after the interviews, when age became apparent.5

The US Age Discrimination in Employment Act (ADEA) passed in 1967, only a few years after legislation prohibiting discrimination based on race, ethnicity, and gender. Many states also have their own age discrimination laws, and these are sometimes stronger than the ADEA, in part by allowing larger damages to be awarded in court.

There was some concern when the ADEA was enacted that it would result in fewer long-term employment relationships between firms and workers because firms would find it difficult to use implicit contracts that rewarded older workers for high effort and productivity throughout their careers. However, this fear was not realized. The ADEA and earlier state laws appear to have strengthened long-term relationships, perhaps because the primary effect was to assure workers that they would not be arbitrarily terminated in their 40s or 50s after making long-term contributions to the firm.6

The evidence from this study also partially allays another potential concern — that stronger age discrimination laws deter hiring of older workers by raising the cost of firing them. We do, however, find some evidence for this concern in the aftermath of the Great Recession, when stronger state age discrimination laws were associated with weaker outcomes for older workers.9

Another type of evidence comes from comparing the effects of Social Security reforms intended to encourage later retirement across states with stronger versus weaker age discrimination laws. Increases in the full retirement age coupled with lower benefits at the early retirement age of 62 had a greater impact — delayed benefit claiming, and higher employment at older ages — in states where the laws were stronger.10 This evidence points directly to complementarities between supply-side policies to encourage longer work lives and laws reducing age discrimination.

Enforcement of laws prohibiting age discrimination in hiring relies first and foremost on comparing the age distribution of hires to the age distribution of applicants. Hiring a disproportionately low share of older applicants provides prima facie evidence of discrimination. But if employers can discourage older workers from applying in the first place, they may be able to avoid or limit such evidence, allowing them to discriminate with greater impunity.

How might employers do this? There are fairly well-known stereotypes of older workers, such as that they are less sophisticated with technology, or less physically fit. We used the text of job ads from the correspondence study described above to study whether the same employers found to be discriminating against older workers also used job-ad language with age-related stereotypes. This is based on methods from computational linguistics and machine learning, which we use to measure the “semantic similarity” of job-ad language with typical age stereotypes. It turns out that the same employers who discriminated against older men in the experiment also tended to use more subtly ageist language in their job ads.13

Moreover, use of these age-related stereotypes in job ads does appear to deter older workers from applying for jobs. A survey on the Amazon Mechanical Turk platform shows that job-ad language identified as semantically similar to age stereotypes is actually perceived as ageist.14 More strikingly, in an experiment posting artificial job ads that randomly vary short phrases in job ads to sometimes convey even subtle age stereotypes, older workers respond strongly, with substantially fewer older workers applying to the jobs with stereotyped job-ad language. These ads attract workers who are 2.5 years younger on average, and can reduce the share of applicants over age 40 by 10 percentage points or more.15 Calculations suggest that the implied effect in reducing the share of older job seekers who are hired is of the same magnitude as the effect of direct age discrimination measured in the correspondence study.

The research documenting the existence of age discrimination and pointing to possible ways to enhance protections against it has important policy implications. Policymakers are likely to enact additional supply-side policy changes — including Social Security reforms — to incentivize work at older ages. If they do not also combat age and disability discrimination, then these supply-side changes may do more to reduce retirement benefits than to increase work at older ages. Our research documents that this problem could be more severe for older women, who already face lower retirement benefits and longer life expectancy. 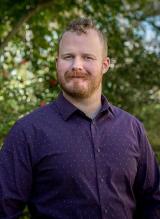 Patrick Button is an associate professor of economics at Tulane University, executive director of The Data Hub: Tulane Center for Data Literacy, and an NBER faculty research fellow affiliated with the Economics of Aging Program. They were also previously a National Institute on Aging-funded post-doctoral scholar at the Rand Corporation’s Center for the Study of Aging.

As the inaugural executive director of The Data Hub: Tulane Center for Data Literacy, they are working to establish courses, co-curricular programming, and community relationships that expand data literacy and data analysis at Tulane and in the community. 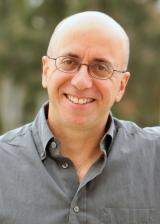 David Neumark is Distinguished Professor of Economics and codirector of the Center for Population, Inequality, and Policy at the University of California, Irvine. He has previously held positions at the Federal Reserve Board, the University of Pennsylvania, Michigan State University, and the Public Policy Institute of California, and is currently a visiting scholar at the Federal Reserve Bank of San Francisco and a senior research fellow at the Workers Compensation Research Institute.

Neumark was also a contributor to the “new minimum wage research,” studying the use of state-level minimum wage variation to estimate minimum wage effects. His subsequent work examined the effects of minimum wages on the income distribution, human capital, and earnings. He also studied the complementarities between minimum wages and the Earned Income Tax Credit, as well as the labor market impacts of city living wage laws.