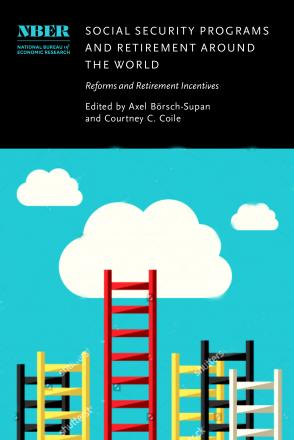 This ninth phase of the International Social Security project, which studies the experiences of twelve developed countries, examines the effects of public pension reform on employment at older ages. In the last two decades, men’s labor force participation at older ages has increased, reversing a long-term pattern of decline; participation rates for older women have increased dramatically as well. While better health, more education, and changes in labor-supply behavior of married couples may have affected this trend, these factors alone cannot explain the magnitude of the employment increase and its large variation across countries.
The studies in this volume explore how financial incentives to work at older ages have evolved as a result of public pension reforms since 1980 and how these changes have affected retirement behavior. Utilizing a common template to analyze the developments across countries, the findings suggest that social security reforms have strengthened the financial returns to working at older ages, and that these enhanced financial incentives have contributed to the rise in late-life employment.