Social Security Programs and Retirement around the World: Fiscal Implications of Reform 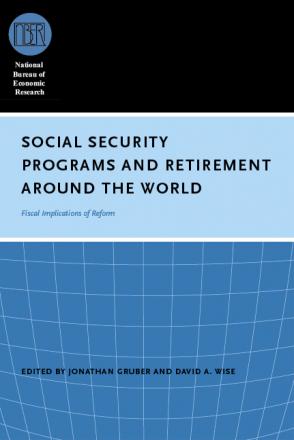 The future of Social Security is troubled, both in the United States and in most other developed countries with aging populations. As improvements in health care and changes in life styles enable retirees to live longer than ever before, the stress on national budgets will increase substantially. In Social Security Programs and Retirement around the World, Jonathan Gruber, David A. Wise, and experts in many countries examine the consequences of reforming retirement benefits in a dozen nations.
Drawing on the work of an international group of noted economists, the editors argue that social security programs provide strong incentives for workers to leave the labor force by retiring and taking the benefits to which they are entitled. By penalizing work, social security systems magnify the increased financial burden caused by aging populations, thus contributing to the insolvency of the system. This book is a model of comparative analysis that evaluates the effects of illustrative policies for countries facing the impending rapid growth of social security benefits. Its insights will help inform one of the most pressing debates.