Direct economic damage from extreme weather events has been growing faster than GDP for decades, and projections indicate that this trend will continue. The impacts of natural disasters clearly extend beyond the physical damage they cause. They can have both short- and long-term effects on income, health, family formation, and many other aspects of victims’ lives. In the aggregate, natural disasters could affect fiscal outcomes and the functioning of important services such as the health-care system.

I have dedicated my work in this area to improving our understanding of some of these impacts and the channels through which they do or do not materialize. Two key themes of my findings are that (1) despite short-run declines in physical health and incomes in the aftermath of a natural disaster, individuals and places are fairly resilient in the medium and long run along these dimensions; and (2) the medium- and long-run effects depend on conditions in affected areas, such as local wage rates and the health of local populations. Additionally, my studies of natural disasters have helped shed light on economic phenomena more generally. For example, this research has demonstrated that place of residence matters substantially for one’s longevity, and has generated estimates of the speed with which the US health-care system recovers from temporary disruptions of varying magnitudes.

Natural disaster victims also benefit from charitable donations. Extreme events sometimes attract donations from across the country or even the world. But do such donations come at the expense of other causes? Benjamin Marx and I study this question in the context of lethal tornadoes in the United States.2 Using anonymized Internal Revenue Service data, we find that individuals living in the same state as tornado victims but outside of directly affected areas increase their total charitable donations by about $2 million per fatality, implying that the supply of charitable donations is not fixed.

Widespread reductions in both elective and emergency health care use during the COVID-19 pandemic have raised concerns about the long-run financial viability of affected hospitals, casting into question their ability to recoup pandemic-related revenue shortfalls. Jonathan Gruber, Adrienne Sabety, and I use Medicare administrative data to investigate the short- and long-term effects of hurricanes on the health-care system itself.3 We find substantial reductions in elective health care usage in hurricane-affected counties during landfall months, with larger declines in areas that are hit by stronger hurricanes. Starting a few months after a hurricane, we find small increases in elective health-care use, suggesting that some forgone care is indeed rescheduled. The capacity of providers to provide the lost care later, however, does not appear to be a function of initial hurricane strength. This implies that there are capacity constraints in the US health-care system that prevent quick provision of the lost care. Our work suggests that, because the disruptions created by hurricanes are shorter than those created by the pandemic, hospitals will find it difficult to provide a large share of the lost health care in the latter case.

Focusing research exclusively on areas impacted by natural disasters is unlikely to yield a complete picture of disasters’ impacts because disaster victims may relocate. In that case, even if a place seems to recover from a particular disaster, affected individuals may not. The ability to track individuals over time and space with minimal attrition is essential for understanding how a typical individual, rather than a typical place, is affected by extreme events.

Using anonymized tax data, Laura Kawano, Steven Levitt, and I studied the long-run effects of Hurricane Katrina, which caused over $150 billion in damage, on the economic outcomes of its New Orleans victims.4 We compare the outcomes for tax filers who initially resided in New Orleans with those for tax filers who initially resided in one of 10 similar US cities, tracking individuals in our sample over time regardless of where they may have moved.

We find that the initial earnings losses caused by the hurricane were substantial. Victims’ annual wage income fell by over $1,500 in 2005 — a huge drop considering that the hurricane made landfall late in the year — and by about $2,200 in 2006 (Figure 2, Panel A). The share of individuals with no wage income increased by more than 2 percentage points (Figure 2, Panel B), and in 2005, the number of tax-filing New Orleans households receiving unemployment payments increased by over 25 percentage points as special rules were put in place to help those who lost income because of Katrina’s damage (Figure 2, Panel C).

Remarkably, given the hurricane’s initial destructiveness, the income losses had disappeared by 2007, and by 2010 the hurricane’s victims were outearning the control group by almost $3,000 annually. These gains persisted through 2013, the last year for which we had data. Correspondingly, Hurricane Katrina victims were less likely to be receiving unemployment in the longer run. Income from self-employment increased (Figure 2, Panel D). We also found evidence that individuals used retirement accounts to cope with the financial shock of the disaster: the number of households taking withdrawals from retirement accounts increased substantially and persistently, totaling about $2,800 per household in the post-hurricane period (Figure 2, Panel E). But there was no corresponding increase in retirements, as measured by Social Security payment receipts, suggesting that individuals used these funds to smooth consumption rather than for earlier retirement (Figure 2, Panel F).

These averages could obviously mask substantial heterogeneity. We find that individuals residing in the most-damaged New Orleans ZIP codes suffered larger earnings losses in the short run; their long-run earnings gains were close to zero and statistically nonsignificant. Those whose incomes fell below the New Orleans median in 2004 also experienced smaller long-run gains, as did those who were younger than 25 in 2004 or who returned to New Orleans after being displaced. On net, young lower-income individuals living in highly damaged neighborhoods appeared to have suffered both short-term and long-term earnings losses as a result of the hurricane.

The average increase in earnings is surprising, given the devastation caused by the hurricane. We identify two channels that are likely responsible for this effect. First, wages in New Orleans rose following the hurricane, partly reflecting a post-Katrina increase in the cost of living. Second, because the New Orleans economy was in relative decline prior to Katrina, displaced individuals generally relocated to higher-wage areas. We thus show that the indirect economic impacts of natural disasters sometimes more than offset their direct effects along some dimensions. More generally, the net economic effects of natural disasters appear to depend on the strength of the economy in affected localities.

Another dimension of natural disasters about which we know little is their long-run health impacts. If natural disasters impair the long-run health of their victims, then the societal cost of natural disasters will likely be much higher than we currently imagine. David Molitor and I use administrative data from Medicare to investigate the long-term mortality effects of Hurricane Katrina on elderly and long-term-disabled people who lived in New Orleans at the time of the hurricane.5 We compare the mortality of these individuals with the mortality of Medicare beneficiaries initially living in the same 10 cities that I used in my earlier study of the effects of Hurricane Katrina on victims’ earnings. In the short run, the hurricane had a devastating impact on the elderly and long-term-disabled victims, increasing their 2005 mortality by over half a percentage point, or 10 percent of mean annual mortality. These mortality increases were concentrated among individuals who were 75 years of age or older in 2004. Those with Alzheimer’s/dementia were also much more likely to die in the immediate aftermath of the hurricane.

Surprisingly, we find that the hurricane improved longer-term survival for members of this vulnerable group, inclusive of the initial mortality increase. We did not find any specific group that experienced an increase in long-run mortality among those considered, suggesting that the survival improvements were quite broad. The relocation of victims to areas with better mortality outcomes explains most of this improvement, echoing conclusions reached in my earlier work. Addressing a longstanding research question in the health literature, we conclude that a person’s place of residence has a causal effect on how long she or he lives.

What do these findings regarding Hurricane Katrina victims mean for other events? New Orleans was performing relatively poorly economically and along public health dimensions prior to the hurricane, which almost surely factored into the long-term improvements in incomes and longevity. The implication is that extreme events that displace victims from more prosperous areas have the potential to cause long-term harm to health and economic well-being.

It is worth noting that these findings do not imply that victims’ welfare improved because of the hurricane. Income and longevity are surely important components of well-being, but there are others. We might interpret our findings to mean that individuals who lived in New Orleans were so attached to it for one reason or another that they were willing to forgo a longer life expectancy and higher earnings to live there. In that case, understanding why people are so attached to a given place is paramount.

Perhaps New Orleans offers unique amenities that its residents value. It could be that individuals value their social networks but, holding those constant, would be equally happy in similar locations elsewhere. Residents may lack information about other locations and remain in a given place with suboptimal living conditions simply to avoid risk. Or perhaps people simply become accustomed to the place where they live and are reluctant to move. Identifying the contributions of each of these mechanisms represents an important avenue for future research. 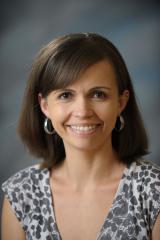 Deryugina’s research focuses on environmental risk. She has studied the economic costs of both natural and man-made environmental shocks, including hurricanes, climate change, hazardous substance spills, and air pollution. Her work includes evaluating the impacts of Hurricane Katrina on the long-run labor market outcomes and survival of residents of New Orleans; estimating the social costs of acute air pollution exposure; and assessing the effect of temperature on the US economy. She has also investigated how farmers adjust their crop insurance choices in anticipation of disaster assistance, how scientific opinions affect laypersons’ beliefs about climate change, and how building energy codes and electricity prices affect energy consumption.

Deryugina holds a PhD in economics from MIT, and a BA in applied mathematics and a BS in environmental economics from the University of California, Berkeley.