Economic Effects of Repealing the US Possessions Corporation Tax Credit

Tax havens are a matter of increasing concern for voters and policymakers across the world. The Organisation for Economic Co-operation and Development, which reports that $250 billion in public revenues disappears annually due to tax avoidance, in 2013 launched the Inclusive Framework on Base Erosion and Profit Shifting (BEPS), now in its implementation phase with the collaboration of 135 countries and jurisdictions.1 Debates about corporate and individual tax avoidance now occupy a prominent position in the political discourse of rich countries. In developing countries, which rely more heavily on corporate income taxes for revenues, policymakers are keen to find ways to curtail the effects of BEPS on their public finances. 2

Much of the public discussion and research on profit-shifting focuses on whether attempts to curb it can be effective or will simply result in firms and individuals diverting their avoidance efforts toward new tax havens. Less work has been done to clarify what happens to the real economy when such efforts do indeed “bite,” that is, when they manage to rein in profit-shifting. This is the question I tackle in a recent set of papers on section 936 of the US tax code, a provision that credited US multinationals for taxes on income originating in Puerto Rico and other US possessions. This provision, known as the US Possessions Corporation Tax Credit, was used by US corporations to shift profits to affiliates in US possessions until the measure was repealed in the Small Business Job Protection Act of 1996.

In a first paper, Daniel Garrett and I examine which corporations were exposed to section 936 and whether they reacted to its repeal by finding new tax havens to which to shift profits.3 In a second paper, I examine the real economic effects linked to the repeal.4 I develop my predictions of firm responses to the elimination of this potential mechanism for profit-shifting based on Joel Slemrod’s hierarchy of behavioral responses to tax policy.5 In this hierarchy, once firms have exhausted their financial or accounting options to respond to tax changes — in this case by moving “paper profits” across tax havens in response to the implementation of profit-shifting provisions — such changes can spark adjustments to firms’ margins of production and real economic performance. In other words, the standard tradeoffs between tax revenue and real economic activity will apply. A full accounting of the costs and benefits of limiting firms’ access to tax havens therefore includes both corrections to fiscal distortions from profit-shifting as well as real economic effects on domestic investment and employment.

Section 936 provided unique tax planning benefits to US multinationals with operations in US possessions. First, US firms were able to immediately repatriate income without paying corporate income taxes. In contrast, firms with operations in other low-tax jurisdictions were only able to delay paying US corporate taxes on the income earned in these locations.6 Second, historical rules had allowed US firms to transfer intellectual property to affiliates in Puerto Rico without paying taxes. By paying royalties on patents and other intangible property to possessions’ affiliates, US firms could shift the location of their profits and reduce their tax payments. A year before their repeal, section 936 tax credits totaled $5 billion in 2017 dollars — more than the total annual local wages paid by section 936 affiliates in Puerto Rico. Concerned about its potential for abuse as an avenue for profit-shifting, US lawmakers decided in 1996 to phase out this tax credit over the next 10 years.

Garrett and I study the firms that made use of this tax credit. Consistent with earlier findings from Harry Grubert and Slemrod,7 we find that large, profitable, R&D-intensive firms, particularly pharmaceutical firms, were more likely to have an establishment in Puerto Rico. Many US pharmaceutical companies had Puerto Rican subsidiaries. These characteristics are consistent with other studies8 that find that larger, more profitable firms with high levels of intangible assets are more likely to have links to tax havens.

Following on studies finding that news related to firms’ access to tax havens influences investor valuations,9 we use an event study to examine the reaction of stock prices of exposed firms to the announcement of the section 936 repeal and find that these multinationals experienced an average 1.4 percent reduction in their cumulative average returns, with more R&D-intensive firms being more affected.

Next, we assess whether exposed firms reacted to this shutdown of one avenue for profit-shifting by looking for substitutes, that is, by expanding to new tax havens. We look for mentions of tax haven countries in firms’ SEC financial filings and find that prior to the repeal, exposed firms had tax planning strategies similar to those of non-exposed firms. We find that after the repeal, exposed firms showed a small increase (2.8 percent) in the number of mentions of new tax havens in their filings, but this increase is neither statistically nor economically significant. In other words, tax havens seem not to be easily substitutable, and firms’ demand for tax havens appears to be quite inelastic.

Having established that the section 936 repeal effectively shut down this important avenue for profit-shifting by exposed firms, in my second paper I explore the question of whether there were economic effects for those firms and the regions in which they are located. Considering that the repeal effectively functioned as a tax increase on affected firms and raised their cost of capital, I present analytical results suggesting that firms will react with adjustments to their inputs to production — capital and labor. I establish that section 936-exposed firms were not on a differential trend from comparable firms prior to the repeal, but by 2006, the last year of the phase-out period, they had reduced their total investment by about 10 percent relative to other firms. The firms also diverted investments to their foreign affiliates, with the foreign investment share increasing by 12.3 percent on average. Both the reduced overall investment and the diversion of investment to other foreign subsidiaries led to an overall reduction in the domestic investment of firms exposed to section 936 relative to other similar firms. The findings on firm-level employment are similar: relative to the employment levels of comparable firms in the same industries and regions, exposed firms saw their domestic employment levels reduced by about 6.7 percent over the Possession Tax Credit phase-out period.10

These findings on the firm-level effects of the section 936 repeal raise the question of whether the loss of this implicit tax subsidy among exposed firms may have had either compensatory procompetitive or depressive spillover effects in the regional markets in which the firms are located. I therefore study the associated real economic outcomes at the industry-county level. I use a geographic measure of the level of exposure to section 936 to compare places that were less exposed to those with greater exposure to the tax reform. I find that, starting with the section 936 repeal in 1996, more-exposed counties experienced slower employment growth through the duration of the 10-year phase-out. Moving from the 5th percentile of counties — those with almost no exposure — to the mean level of exposure implies a 7 percentage point decrease in industry-county-level employment growth by 2006, from 23 percent to 16 percent [See Figure 2, next page].

I find evidence of a range of other spillovers whereby the effects of the section 936 repeal on real economic activity propagated at the local level. For example, for each person laid off from a firm affected by the tax credit repeal in a county with an average level of section 936 exposure, the county lost an additional 3.6 jobs, roughly consistent with the local employment multipliers calculated by Enrico Moretti.11 I also examine wage rates, rental costs, and home values and find contemporaneous declines on all of these indicators. For instance, there is a 1 percent reduction in wage growth for places at the 75th percentile of section 936 exposure relative to wage growth levels at the 25th percentile, with low-skilled workers, who are concentrated in the most-affected nontradable sectors, seeing greater decreases in their wages. Rental costs and home values show declines of similar magnitude — 1.8 percent and 2.5 percent, respectively — during this period. Last, considering the findings on unemployment and wage growth, I surmise that counties with higher exposure to the tax credit repeal may have increased workers’ need for unemployment insurance and income replacement programs. Using Bureau of Economic Analysis data on per capita government transfers at the county level, I find that moving from the 25th to 75th percentile of repeal exposure implies an increase of 25.7 percent in government unemployment transfers and of 10.2 percent in income replacement transfers for 2004–08.

Altogether, these findings paint a picture of the repeal of section 936 as a measure that delivered a substantive shock to real economic activity across the country in the communities where section 936-reliant firms were based. Thus, while efforts to curb profit-shifting through accounting and financial maneuvers may increase US tax revenue, the very success of such measures may trigger sharp adjustments to firms’ real margins of production and have long-lasting spillovers onto the local economies in which they operate.

The author thanks Samantha Eyler-Driscoll, who helped develop a preliminary version of this report. 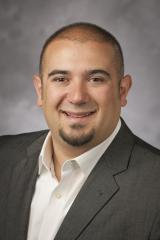 His studies of the US economy examine how federal spending affects local economic growth, welfare, and inequality; who benefits from state corporate tax cuts; the aggregate consequences of disparate state tax systems; how subsidies for municipal bonds affect the borrowing cost of local governments; and how tax incentives for investment affect employment and worker earnings. His research on the Chinese economy studies the efficacy of meritocracy in the selection of political leaders, whether firms respond to tax incentives for R&D by manipulating expenses, and how corporate tax incentives affect investment and firm growth. His research on international taxation studies which measures are effective at curbing profit shifting to tax havens, and how these policies affect domestic economic activity.

Suárez Serrato received a PhD in economics from the University of California, Berkeley and a BA in economics and mathematics from Trinity University. He was previously a postdoctoral fellow at the Stanford Institute for Economic Policy Research.

Suárez Serrato was born in Mexico and immigrated to San Antonio, Texas. He lives in Durham, North Carolina, with his wife and son.