Determinants of Views on the Fairness of Inequality 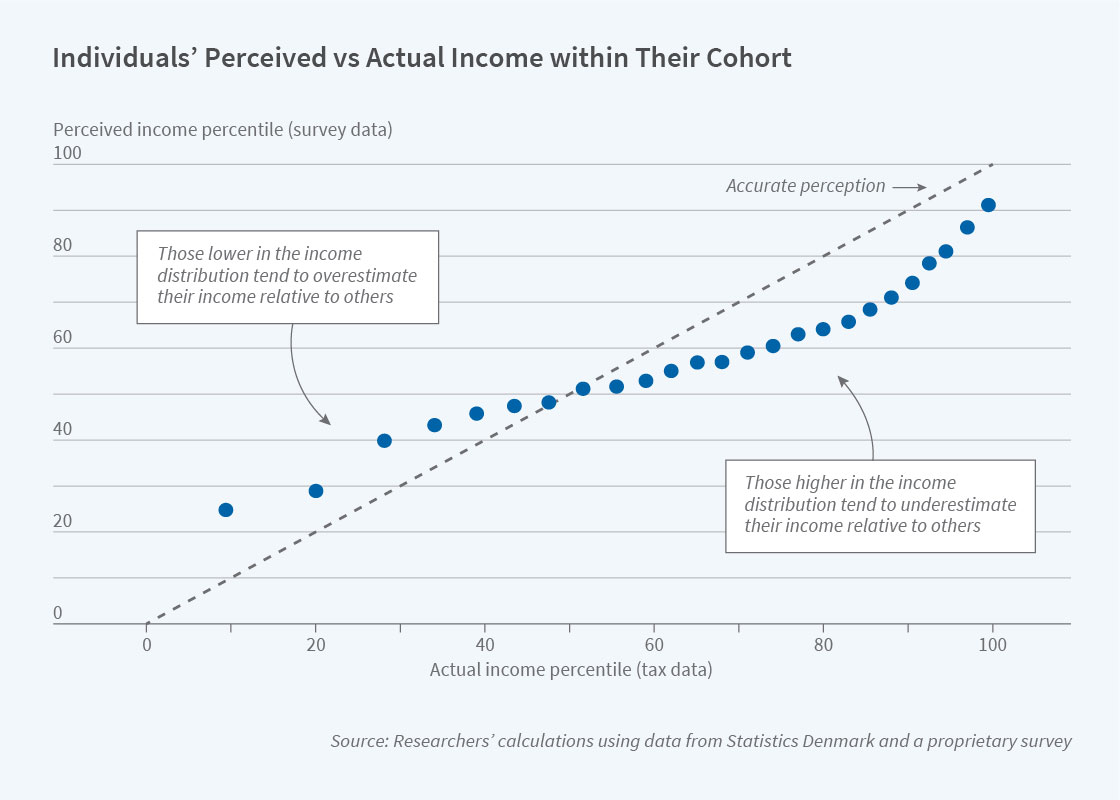 Survey data from Denmark, a very equal society, show that income inequality among individuals with similar education and in similar jobs is seen as the most unfair.

The degree of income inequality is often underestimated, and individuals’ views on whether disparities are “fair” are strongly related to their own position in the income distribution. Inequality within a person’s own education group or occupation is viewed as particularly unfair.

These are the main findings of Social Position and Fairness Views (NBER Working Paper 28099), a new study by Kristoffer B. Hvidberg, Claus Kreiner, and Stefanie Stantcheva. It analyzes survey data for a large sample of individuals aged 45–49 in Denmark that include current income, perceptions of relative income positions, and views regarding the fairness of those positions. The researchers compare this information with administrative data on the survey respondents’ actual income positions, income histories, life events, and “reference” groups based on education level, place of residence, sector of work, and gender.

While most individuals believe that others are closer to them in income than they really are, the degree of misperception is not large. Aside from the highest and lowest earners, people at different positions in the income distribution on average perceive the median income level correctly within 5 percent of the actual value.

When asked about fairness, respondents view inequality within their own education group and between coworkers as most unfair. These are also the reference groups within which the degree of inequality is most likely to be underestimated. Those with lower incomes overestimate their position in their sector of work: those at the 20th percentile believe, on average, that they are above the 40th percentile. The opposite is true of high earners, although to a lesser extent.

Views on the fairness of income inequality are related to the respondent’s current income position. Higher earners systematically perceive income differences within their reference groups as less unfair, regardless of whether their high position in the group is real or perceived. Higher earners also believe that effort is more important than luck in determining incomes.

Across all reference groups, those who have experienced a negative life event — unemployment, disability, or hospitalization — during the previous six years are significantly more likely to see inequality as unfair. Those who faced disability are less likely to believe that effort is more important than luck in determining income. In contrast, those who were promoted are less likely to view inequality as unfair, especially within their own sector.