Impacts of Climate Change and Extreme Weather on US Agricultural Productivity: Evidence and Projection 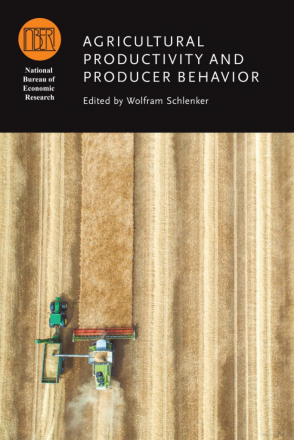 Under climate change, the average daily temperature and the frequency of extreme weather occurrences are expected to increase in the United States. This paper employs a stochastic frontier approach to examine how climate change and extreme weather affect U.S. agricultural productivity using 1940-1970 historical weather data (mean and variation) as the norm. We have four major findings. First, using a temperature humidity index (THI) load and an Oury index for the period 1960-2010 we find each state has experienced different patterns of climate change in the past half century, with some states incurring drier and warmer conditions than others. Second, higher THI loads (more heat waves) and lower Oury indexes (much drier) tend to lower a state’s productivity. Third, the impacts of THI load shock and Oury index shock variables (deviations from historical norm fluctuations) on productivity are more robust than the level of THI and Oury index variables across specifications. Fourth, we project potential impacts of climate change and extreme weather on U.S. regional productivity based on the estimates. We find that the same degree changes in temperature or precipitation will have uneven impacts on regional productivities, with Delta, Northeast, and Southeast regions incurring much greater effects than other regions, using 2000-2010 as the reference period.