Researchers from 17 countries and 427 institutions participated in the NBER's 41st annual Summer Institute, which was held in Cambridge during a three-week period in July. More than 2,800 participants took part in 51 distinct meetings arranged by 120 organizers.

There were 185 graduate student participants, and 545 participants who were attending their first Summer Institute. More than 65 percent of the participants were not NBER affiliates. Researchers submitted 5,819 papers, of which 563 were selected for presentation.

Raghuram Rajan, the Katherine Dusak Miller Distinguished Service Professor at the University of Chicago's Booth School of Business, a former governor of the Reserve Bank of India, delivered the 2018 Martin Feldstein Lecture on "The Two Faces of Liquidity." His presentation described the role of credit access for households and firms in both the run-up to the 2008 global financial crisis and in the years following the crisis. Excessive liquidity prior to the crisis permitted mortgage lending with relatively weak standards and boosted asset prices. The sharp decline in credit after the crisis constricted both investment and consumer spending, placing an important drag on the pace of recovery. An edited text of the lecture appears earlier in this issue of the NBER Reporter.

The 2018 Methods Lectures, on "Weak Instruments and What to Do About Them," were presented by NBER Research Associates and Harvard faculty members Isaiah Andrews and James Stock. The so-called "weak instruments" problem arises when researchers apply instrumental variable methods in settings in which the variation in the exogenous variables accounts for only a small part of the variation in the explanatory variables. Andrews and Stock described how to diagnose this problem, and how to conduct inference when it arises.
Recognizing that the global financial crisis began a decade ago, the 2018 Summer Institute also included a day-long meeting on "The Global Financial Crisis @ 10." The conference included presentations on the role of extrapolative expectations in inflating pre-crisis asset bubbles, the weaknesses of the pre-crisis financial system, post-crisis lessons on the stabilization role of fiscal policy, and lessons learned about macroprudential financial policy.
The 2018 Feldstein Lecture, Methods Lectures, and the presentations at the Global Financial Crisis @ 10 conference and several other Summer Institute meetings were videotaped. 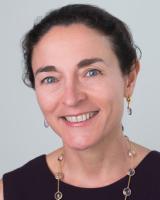 Diana Farrell has been elected an at-large member of the NBER Board of Directors. She is president and CEO of the JPMorgan Chase Institute, which carries out economic and policy research using the rich administrative data resources that arise from the firm's client interactions. Previously, she was a senior partner at McKinsey & Company, where she was the global head of the McKinsey Center for Government and the McKinsey Global Institute.

Farrell served in the White House as deputy director of the National Economic Council and Deputy Assistant to the President on Economic Policy, 2009-10, and was a member of the President's Auto Recovery Task Force. She currently serves on the board of directors of eBay, the Urban Institute, and the Washington International School. She is a trustee emerita of Wesleyan University, and was a co-chair of the World Economic Forum's Council on Economic Progress. She is a member of the Council on Foreign Relations and the Aspen Strategy Group.

She holds a BA from Wesleyan University, which has awarded her a distinguished alumna award, and an MBA from Harvard Business School. 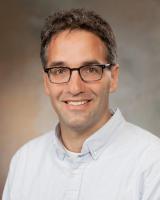 Samuel Kortum, the James Burrows Moffatt Professor of Economics at Yale University, is Yale's new representative on the board. Kortum's principal areas of research are international economics, industrial organization, and macroeconomics. In 2004, he and Jonathan Eaton shared the Econometric Society's Frisch Medal for their paper "Technology, Geography, and Trade," which provided a framework that has been applied in many subsequent studies of trade patterns. The researchers were honored with the 2018 Onassis Prize in International Trade.

Kortum taught at Boston University, the University of Minnesota, and the University of Chicago before joining the Yale faculty. He is a member of the American Academy of Arts and Sciences, a Fellow of the Econometric Society, and a past editor of the Journal of Political Economy. He has been an NBER affiliate since 1993 and spent the 1999-2000 academic year at the NBER as a National Fellow.

Kortum received his BA from Wesleyan University and his PhD from Yale.
Ray Fair, Yale's former representative on the NBER board, was elected to emeritus status.