The starting point of a large body of recent research on economic growth is the notion that differences in aggregate total factor productivity (TFP) may not be driven solely by technology but rather in part by allocative efficiency. The key building block of this literature is the idea that firms differ, and we do not necessarily want all the resources to be allocated to one firm. For example, suppose that there are a number of firms in a country and the output Yi of each firm is given by a standard production function,

where Ki is the firm's capital stock (equipment and structures), Li is the firm's labor input (skill-weighted hours worked by its employees), F is the production function which combines capital and labor, and Ai is residual firm productivity.

If each firm produces different products, we do not want all the inputs allocated to the firm with the highest Ai, as we value having access to a variety of differentiated products. Instead, what we want is for resources to be allocated across firms to equalize the revenue productivity of the firm, or PiAi. Resources are misallocated when revenue productivity differs between firms. Reallocation increases aggregate TFP and generates growth when resources flow to firms with high revenue productivity.

The literature has largely focused on measuring the static effects of firm-level gaps in revenue productivity, but the firm-level gaps are likely to also have important dynamic effects. If more-efficient establishments face larger distortions, it undermines firms' incentives to invest in better technology. Put differently, there are two effects of resource misallocation—the static effect and the dynamic effect of resource misallocation on growth in firm productivity. This has been highlighted in several case studies.4 Evidence from firm-level censuses in India and Mexico is also consistent with the presence of dynamic misallocation.5 Figure 2 shows that, by the age of 40, U.S. firms grow by a factor of eight while Mexican firms only double and Indian firms do not appear to grow at all.

The challenge that follows from these studies is to identify the precise policies and institutions behind the revenue productivity gaps in the micro data. The potential list of explanations is large. We will limit our discussion to five forces that might be important and for which we have some evidence.

Evidence on whether adjustment costs might be responsible for the differential gaps in revenue productivity between rich and poor countries is limited. Across a number of countries, the dispersion in capital productivity is correlated with productivity volatility, although the underlying sources of productivity volatility are not known.7 There is much less volatility in employment in Indian than in U.S. manufacturing, almost as if Indian firms face large costs to adjusting employment. This is consistent with evidence on the effects of rigid licensing laws in India.8

Ownership of Firms by the State or the Politically Connected

The Presence of a Large Informal Sector 10

All of this suggests that a proximate reason poor countries are poor is that modern formal firms find it difficult to obtain resources and/or capture market share. We still have a very limited understanding, however, of the exact forces behind the prevalence of informal and unproductive establishments. The Inter-American Development Bank, and Levy in particular, have argued that the patterns of informality, at least in Latin America, are due to the nature of the tax systems and social-protection programs.12 A glance at the World Bank Doing Business indicators suggests that high costs of doing business may also be a factor.

These forces may reflect the legacy of gender and race discrimination in the U.S., caste discrimination in India, discrimination based on economic and ethnic background in some Latin American countries, or the effect of second-generation managers in family firms in many countries.13 In the U.S., for example, the fraction of white women who work in high-skilled occupations—lawyers, doctors, engineers, scientists, architects, and executives or managers—increased from six percent in 1960 to 21 percent in 2008.14 The share of black men who work in those high-skilled occupations increased from three percent in 1960 to 15 percent in 2008. By comparison, the share of white men in these occupations increased much more modestly, from 20 percent in 1960 to 25 percent by 2008. We estimate that the convergence in occupations between white men and the other groups might explain around 15 percent of the growth in aggregate productivity in the U.S. from 1960 to 2008.

Internal trade barriers can be very large in poor countries such as Ethiopia and Nigeria.16 In the agricultural context, there is evidence that lowering transportation costs led to large gains in agricultural productivity in the U.S. historically, and in places such as Sierra Leone more recently.17 In the industrial sector, internal trade costs could be similarly costly. If access to input and output markets is critical for modern industrial firms, then barriers that make it difficult for firms to access these networks will affect the incentives of firms to invest in better technology.

This review only touches on a few of the myriad micro forces that may matter for macro productivity. Low allocative efficiency may be "death by a thousand cuts."18 If so, no magic bullet or single policy reform is likely to transform productivity. We suspect there is no substitute for investigating and quantifying the micro sources of low allocative efficiency one by one.

Chang-Tai Hsieh is the Phyllis and Irwin Winkelried Professor of Economics at the University of Chicago's Booth School of Business. For several years he, Nick Bloom, and Chris Woodruff have co-organized a meeting at the NBER Summer Institute on development, productivity, and innovation. He is a member of the Steering Group of the International Growth Centre at the London School of Economics.

Before joining the faculty at Chicago, he was an associate professor and professor at the University of California, Berkeley, and an assistant professor at Princeton University. He recently served as the coeditor of the Journal of Economic Perspectives. He is a fellow of Academia Sinica, a recipient of the Sun Yefang Award from the Chinese Academy of Social Sciences, and a Sloan Foundation Research Fellow. His research focuses on development and economic growth. 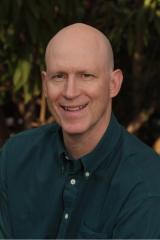 Pete Klenow is codirector with Mark Gertler of the NBER's Economic Fluctuations and Growth Program. He is the Landau Professor of Economics at Stanford University, and the Gordon and Betty Moore Fellow at the Stanford Institute for Economic Policy Research.

Before joining the Stanford faculty, he was a senior economist at the Federal Reserve Bank of Minneapolis and an assistant and associate professor at the University of Chicago's Booth School of Business. He is currently an associate editor of the Quarterly Journal of Economics and Econometrica, and previously served on the Board of Editors of the American Economic Review.

He is a member of the American Academy of Arts and Sciences, and a fellow of the Econometric Society. He serves as a panelist on the IGM Booth Economic Experts Panel, and a regular visiting scholar at the Federal Reserve Banks of Minneapolis and San Francisco. He is currently a Special Sworn Status researcher at the U.S. Census Bureau, and has previously had Intergovernmental Personnel Act assignments at the U.S. Bureau of Labor Statistics.

Klenow's research uses micro data (on prices and productivity, for example) to try to shed light on macro questions such as the causes of growth and development.