The Early Indicators of Later Work Levels, Disease and Death project specializes in the development of longitudinal life-cycle and historical environmental data sets to study economic, demographic, and epidemiological processes. These include trends in chronic disease, mortality, and labor force participation, as well as the relationship between early-life disease and environmental conditions and later-life disease and mortality.

Early Indicators data are used to study life-cycle and intergenerational factors in the secular decline in morbidity and mortality, improvements in the standard of living over time, changing patterns in geographic mobility, and changing patterns in the intergenerational transmission of wealth. Finally, it facilitates the retrieval of data from archival sources, and to clean and utilize the data for analyses.

The project Early Indicators of Later Work Levels, Disease and Death was initiated by Robert W. Fogel to investigate the effect of early-life conditions on later health and socioeconomic outcomes. Fogel led the project until his death in 2013, when leadership passed to Dora L. Costa. The project was first funded by the National Institute on Aging through a grant to the National Bureau of Economic Research in 1992 with the mandate to collect, digitize, and prepare for analysis records pertaining to long-term outcomes of a cohort of 39,616 Union Army veterans. Since then, the project has grown to include several complementary, publicly available data sets. These data are freely available for download.

The Union Army and Early Indicators team has prepared a list of pages, 1 page per data sample, which provides an overview of the sample and access to the sample's data in multiple formats. Sample data is presented as a zipped file which includes the dataset in the selected format and codebooks or user guides specific to that dataset. By downloading a Union Army or Early Indicators dataset, a user is agreeing to abide by the Union Army Data User Access Agreement.

Union Army and Early Indicators personnel have put together extensive documentation and user guides for the various Union Army datasets on topics ranging from potential bias in data sources to detailed descriptions of each category of variables. To view these guides, please visit the list of user guides. 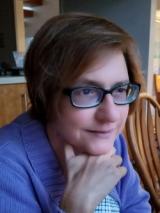 Dora L. Costa is the Kenneth T. Sokoloff Professor of Economic History at the University of California, Los Angeles. Her research, grounded in American economic history, focuses on issues in labor economics, demography, and health.