Medical Spending Is Higher When Doctors Can Be Sued 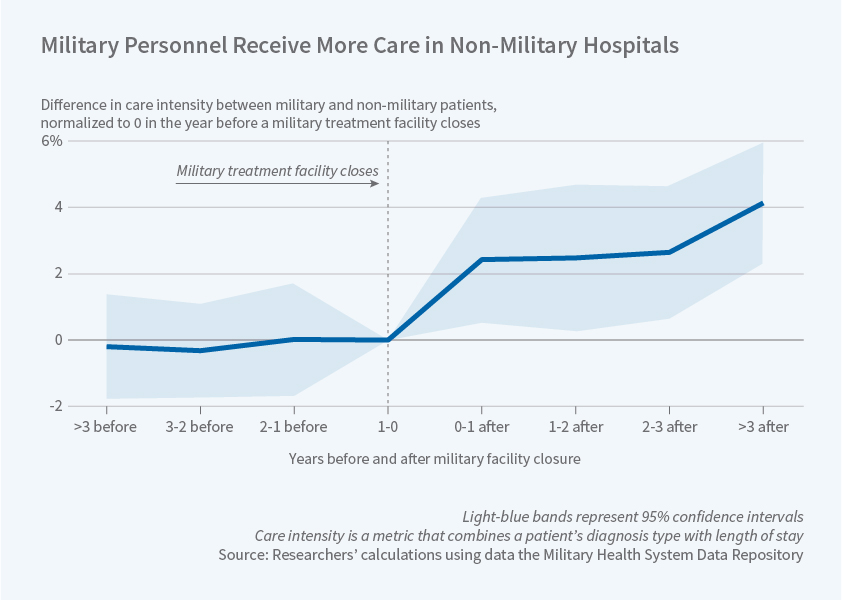 "Defensive medicine" is frequently advanced as one potential explanation for the high share of GDP that the U.S. spends on health care. This narrative holds that doctors sometimes provide excess medical care because of concerns about potential lawsuits, even when the incremental diagnostic value of such additional care is low. Testing this hypothesis is difficult, because there are few settings in which some patients can sue their providers and other, similar, patients cannot.

A new study by Michael D. Frakes and Jonathan Gruber, Defensive Medicine: Evidence from Military Immunity (NBER Working Paper No. 24846), provides evidence on litigation risk and the behavior of health care providers. The researchers analyze data from the U.S. Military Health System (MHS) and conclude that for this patient population, removing the possibility of malpractice lawsuits reduces inpatient medical expenditures by 5 percent.

The MHS is a $50 billion-a-year program that insures all active-duty military personnel and their dependents. Under federal law, active-duty patients cared for by active-duty physicians on military bases cannot sue their doctors or the federal government for malpractice. However, dependents and retirees can. In addition, any MHS patient, regardless of military status, can sue for malpractice if they are treated at a civilian facility under contract with the military.

The researchers examined the records of nearly 12 million distinct beneficiaries who were served by the MHS between 2003 and 2013. They focused on inpatients, rather than outpatients, because their care entails greater liability risk and offers a better opportunity to observe treatment outcomes, among other reasons.

The study found that defensive medicine was primarily practiced in the diagnosis stage. Among those patients who had no recourse to sue, the amount of diagnostic testing was 22 percent lower than among those who could sue.

The researchers examine several measures of the quality of medical care received, including mortality over various time periods and hospital readmission. They conclude that while the results are not dispositive, there is no evidence of worse health care outcomes for patients who don't have liability recourse.

The study raises two cautions about generalizing the results. First, MHS providers are more likely to be on salary than doctors at large; this may affect their incentives to conduct tests, inviting questions as to how liability incentives interact with financial incentives. Second, active-duty service members tend to be healthier than the population at large. Whether good health makes a patient subject to more — or less — defensive treatment remains an open question. These caveats aside, the researchers conclude that the fear of malpractice litigation "is a key determinant of medical treatment patterns in the U.S."