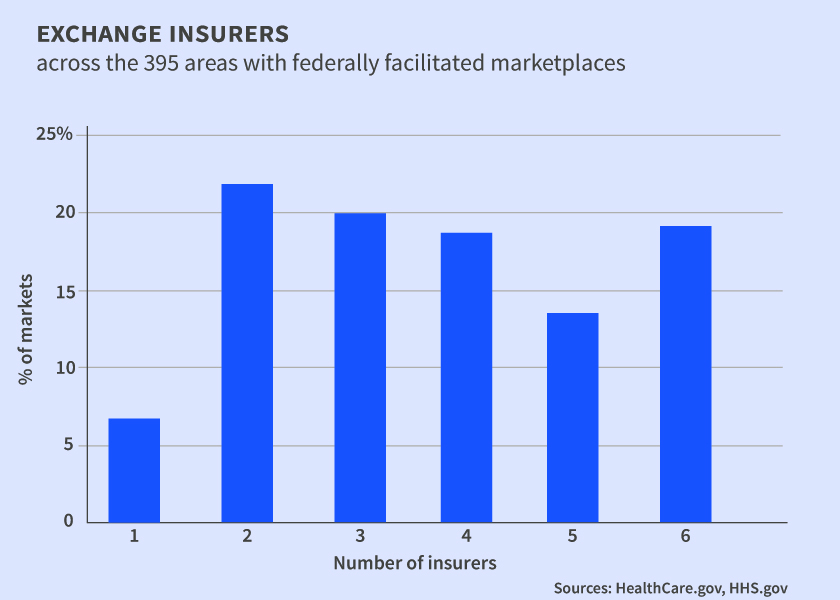 The Affordable Care Act (ACA) introduced dramatic reforms to the health insurance industry, including the creation of online marketplaces for the purchase of insurance, a key element in the effort to expand insurance coverage. The success of these health insurance marketplaces (HIMs) will depend on their ability to attract multiple insurers to strengthen price competition. However, insurer participation in these marketplaces in the first year was limited. In the 34 states served by federally-facilitated marketplaces (FFMs), half of the population had three or fewer choices of insurers.

In More Insurers Lower Premiums: Evidence from Initial Pricing in the Health Insurance Marketplaces (NBER Working Paper No. 20140), Leemore Dafny, Jonathan Gruber, and Christopher Ody explore the effect of insurer participation in HIMs on 2014 premiums. The authors focus on the 34 FFMs, and they investigate whether the top three insurers in the pre-ACA individual health insurance market in each of these states - a total of 102 insurers - participate in the marketplace. They find that 55 of these insurers, or 54 percent, participated in the relevant FFM. States are subdivided into ratings areas, and insurers need not participate in all ratings areas within a state. The population-weighted average number of insurers per ratings area was 3.9; this includes insurers who were not in the top three. Because insurers may prefer to participate in markets where medical costs are lower or incomes are higher, the degree of concentration in an FFM may be related to other market characteristics. To identify the effect of competition without such potentially confounding factors, the authors exploit quasi-experimental variation in marketplace concentration generated by the decision of United Healthcare, the nation's largest insurer, to forgo participation in all FFMs. United's individual insurance market share varies widely across states, so the decision differentially affected competition across markets. The authors construct a measure of the change in market concentration resulting from United's nonparticipation decision and model its effect on the premium of the second-lowest-price silver plan (2LPS), a premium directly linked to federal subsidies.

The results suggest that additional competitors can have a large effect on premiums and federal subsidies. Premiums are highest in marketplaces where United's participation would have had the largest effect in increasing competition. On average, the population-weighted 2LPS premium would have been 5.4 percent lower had United entered all markets. And if all insurers present in a state in 2011 had entered the exchanges, FFM premiums would have been 11 percent lower. In turn, this would have translated into estimated savings in federal subsidies totaling $1.7 billion in 2014, and as much as $105 billion over the next ten years if non-participation were to persist.

Comparing these results to previous work, the authors conclude that the competitive dynamics characterizing these early exchange markets are akin to those of the mature, but imperfectly competitive, large-group markets. However, future entry (such as the large increase in insurers entering in the second year of the exchanges) and greater plan standardization may change this assessment.