International and Interarea Comparisons of Income, Output, and Prices 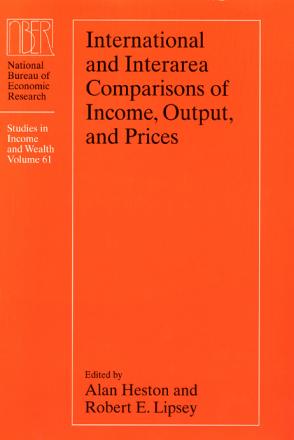 Economists wish to compare prices, real income, and output across countries and regions for many purposes. In the past, such comparisons were made in nominal terms, or by using exchange rates across countries, ignoring differences in price levels and thus distorting the results. Great progress has been made in interspatial comparisons in the past thirty years, but descriptions and discussions of the new measures have been scattered in unpublished or inaccessible papers.
International and Interarea Comparisons of Income, Output, and Prices includes discussions of developments in the United Nations International Comparison Program, the largest effort in this field, and in the ICOP program on the production side, including efforts in both to extend the comparisons to the formerly planned economies. Other papers in this volume explore new programs on interspatial comparisons within the United States. There are also theoretical papers on how interspatial comparisons should be made and several examples of uses of such comparisons.