The Impact of International Trade on Wages 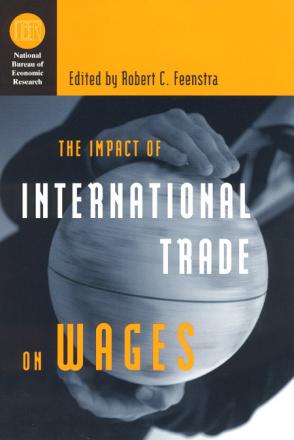 Since the early 1980s, the U.S. economy has experienced a growing wage differential: high-skilled workers have claimed an increasing share of available income, while low-skilled workers have seen an absolute decline in real wages. How and why this disparity has arisen is a matter of ongoing debate among policymakers and economists. Two competing theories have emerged to explain this phenomenon, one focusing on international trade and labor market globalization as the driving force behind the devaluation of low-skill jobs, and the other focusing on the role of technological change as a catalyst for the escalation of high-skill wages.
This collection brings together innovative new ideas and data sources in order to provide more satisfying alternatives to the trade versus technology debate and to assess directly the specific impact of international trade on U.S. wages. This volume offers a thorough appraisal of the wage distribution predicament, examining the continued effects of technology and globalization on the labor market.