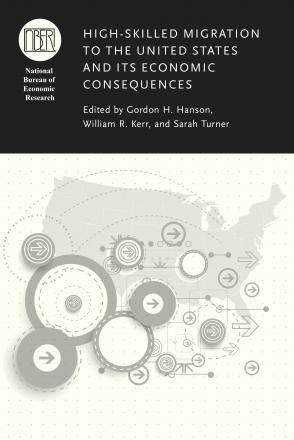 Over the 1990s, the share of foreigners entering the US high-skill workforce grew rapidly. This migration potentially had a significant effect on US workers, consumers and firms. To study these effects, we construct a general equilibrium model of the US economy and calibrate it using data from 1994 to 2001. Built into the model are positive effects high skilled immigrants have on innovation. Counterfactual simulations based on our model suggest that immigration increased the overall welfare of US natives, and raised workers’ incomes by 0.2% to 0.3%. High-skill immigration did, however, have significant distributional consequences. In the absence of immigration, wages for US computer scientists would have been 2.6% to 5.1% higher in 2001. US workers switch to other occupations, reducing the number of US born computer scientists by 6.1% to 10.8%. On the other hand, complements in production benefited substantially from immigration, and immigration also lowered prices and raised the output of IT goods by between 1.9% and 2.5%, thus benefiting consumers. Finally, firms in the IT sector earned substantially higher profits due to immigration.