Growth Theories in Light of the East Asian Experience 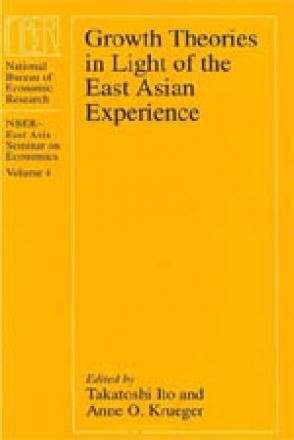 The contributors to this volume analyze the growth experiences of Japan, Korea, China, Hong Kong, Singapore, and Taiwan in light of the recently developed endogenous growth theory to provide an understanding of the economic boom in East Asia.
The theory explored in this volume attributes the phenomenal economic success of these countries to, among other factors, the role of an outward orientation—a focus on exporting rather than on protecting home markets. In addition, the importance of exchange rate behavior, of the supportive role of government policy, and of the accumulation and promotion of physical and human capital are explored in detail. This collection also examines the extent to which growth in each country became self-sustaining once it began.
Demonstrating the relevance of endogenous growth theory for studying this important region, this fourth volume in the NBER-East Asia Seminar on Economics series will be of interest to observers of East Asian affairs.