Globalization in an Age of Crisis: Multilateral Economic Cooperation in the Twenty-First Century 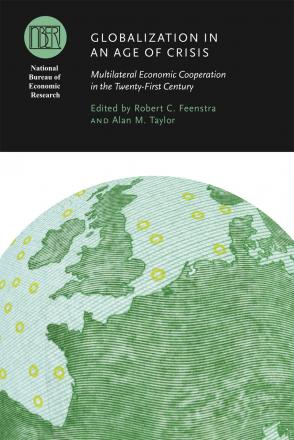 Along with its painful economic costs, the financial crisis of 2008 raised concerns over the future of international policymaking. As in recessions past, new policy initiatives emerged that placed greater importance on protecting national interests than on promoting international economic cooperation. Whether in fiscal or monetary policies, the control of currencies and capital flows, the regulation of finance, or the implementation of protectionist policies and barriers to trade, there has been an almost worldwide trend toward prioritizing national economic security. But what are the underlying economic causes of this trend, and what can economic research reveal about its possible consequences?
Prompted by these questions, Robert C. Feenstra and Alan M. Taylor have brought together top researchers with policymakers and practitioners whose contributions consider the ways in which the global economy might address the challenges of globalization that emerged over the last two decades and intensified in the recent crisis. Chapters consider the critical linkages between issues like exchange rates, global imbalances, and financial regulation, and plumb the political and economic outcomes of past policies for insights about the future of global economic cooperation.