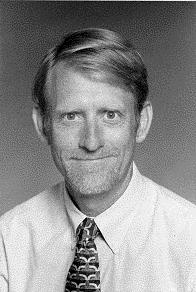 Richard C. Green, the Richard M. and Margaret S. Cyert Professor of Economics and Management at Carnegie Mellon University's Graduate School of Industrial Administration, was elected to the NBER's Board of Directors in April. He will represent the American Finance Association on the NBER's Board.

Green received his B.A. in English from Pomona College and his Masters in Business and Ph.D. in Finance from the University of Wisconsin-Madison. He joined Carnegie Mellon's faculty in 1982 as an assistant professor of financial economics, was promoted to associate professor in 1987 and full professor in 1990, and assumed his current position as a named professor in economics and management in 1999.

Green has also been a visiting professor at the Stockholm School of Economics and the University of British Columbia. He has been co-editor of the Review of Financial Studies and is currently editor of the Journal of Finance. He also served as President of the Western Finance Association and Vice President of the Society for Financial Studies. His research interests are in the areas of taxation and asset pricing.