Financial markets are central banks’ gateway to the economy. After the global financial crisis and the Great Recession, the Federal Reserve came to the rescue of financial markets with an aggressive mix of conventional and unconventional policies. During the COVID-19 shock, the Fed implemented similar policies even though this shock did not originate in financial markets. In both instances, asset prices rose rapidly in response to policy interventions. Rising asset prices were not a side effect of monetary policy, but instead a central pillar of the recovery strategy. Today, anticipation of the Fed raising rates has roiled financial markets and resulted in a decline in asset prices that is not just collateral damage, but a central component of Fed strategy to reduce aggregate demand and rein in inflation. Since central banks reach the economy through financial markets, understanding their policy actions requires a framework in which central banks closely interact with markets to achieve their objectives. In several recent papers, we develop a risk-centric macroeconomic framework to shed light on the complex links between monetary policy, financial markets, and business cycles.

Our first paper addressing these issues establishes our risk-centric framework and shows that financial market phenomena such as time-varying risk premia and financial speculation can induce or exacerbate aggregate demand recessions.1 To illustrate the key mechanisms in our model, consider a period of high asset prices, such as the run-up to the financial crisis and the Great Recession. Suppose asset valuations decline, perhaps because investors recognize risks that they previously overlooked and therefore demand a greater risk premium. The macroeconomic effect of this shock depends on the central bank’s response. If the central bank is unconstrained, it cuts the interest rate enough to stabilize asset prices. This stabilizes aggregate demand and shields the economy from the risk-premium shock. However, if the central bank is constrained, for example by an effective lower bound on nominal interest rates, then the risk-premium shock lowers asset prices. This reduces aggregate demand and exacerbates the recession. More subtly, financial speculation during the boom phase amplifies these effects.

Financial speculation is the trading of financial assets among high-valuation investors (optimists) and low-valuation investors (pessimists). In boom years, optimists overexpose themselves to aggregate risks. When the bust arrives, optimists lose a disproportionate share of their wealth, and financial markets become dominated by pessimists. This compositional change further lowers asset prices and aggregate demand beyond the impact of the initial risk-premium shock. In this context, macroprudential policy that restricts speculation will mitigate the asset price decline during recessions and improve macroeconomic stability. Our analysis suggests that housing market speculation in the run-up to the financial crisis, along with the lack of macroprudential policies that could have countered its effects, exacerbated the subsequent recession.2

The COVID-19 shock was mostly a real shock (to the top row): the virus and the lockdowns led to large declines in both aggregate demand and supply. Nonetheless, the shock also had a large impact on financial markets (the bottom row): financial distress indicators spiked and reached levels not seen since the financial crisis and recession. Equally dramatic was the fast reversal of financial distress once the Fed announced unprecedented financial market interventions. To explain this episode, we extend our framework to incorporate the pervasive heterogeneity in risk tolerance that we see in financial markets: we split investors into risk-tolerant agents (“banks”) and risk-intolerant agents (“households”).3 In this environment, the “banks” naturally take on leverage and are more exposed to an aggregate shock. Thus, a sudden and large real shock such as the COVID pandemic disproportionately hits the “banks.” As these agents scramble to unload assets, the market’s effective risk tolerance falls. With a constrained central bank, the initial decline in risk tolerance triggers a downward spiral in asset prices and risk tolerance. In this context, a central bank’s purchase of risky assets is an extremely powerful tool since it reverses the downward spiral. Our results suggest that the Fed’s aggressive interventions early in the recession prevented a financial crisis and set the stage for the rapid recovery that followed.

Although the Fed’s COVID response prevented a financial meltdown, it also led to a disconnect between the performance of the real economy and that of the financial markets. Figure 2 shows that by the end of 2020, US output was still significantly below its long-run potential, whereas stock, house, and bond prices vastly exceeded pre-pandemic levels. This robust recovery of asset markets was primarily due to aggressive monetary and fiscal policy support. By mid-2022, the disconnect between the real economy and the markets had disappeared. [See Figure 2.] A rapid recovery created inflationary pressures and induced the Fed to announce a gradual withdrawal of monetary policy support. This announcement led to a sharp decline in asset prices and reconnected the markets and the economy.

In recent work, we show that these patterns are consistent with our framework once we incorporate a realistic friction: aggregate demand inertia.4 At the microeconomic level, inertia can emerge from various adjustment costs faced by households and firms. At the macroeconomic level, inertia implies that aggregate demand tends to stay at its current level and responds to asset prices slowly. In this context we show that when output is — or is expected to be — below its potential, monetary policy optimally induces asset price overshooting. The central bank tunes up the asset price signal to compensate for the inertial response of aggregate demand to asset prices. This policy creates a large, temporary disconnect between financial markets and the real economy, but it also accelerates the recovery. As output recovers, the central bank gradually raises interest rates and reverses the asset price overshooting, which reconnects the markets and the economy. The observed temporary disconnect and the subsequent reconnection between asset prices and the real economy are consistent with optimal monetary policy.

In our baseline framework, an unconstrained central bank is very powerful. It perfectly knows the state of the economy, and it immediately affects aggregate demand by changing asset prices. This power contrasts with the well-known “long-and-variable” lags of monetary policy. With policy lags, the central bank’s actions depend on its beliefs about future economic activity. The recent surge in inflation is a reminder that the central bank’s beliefs matter for policy and macroeconomic outcomes. The Fed was reluctant to tighten policy in 2021, anticipating a rapid recovery in aggregate supply. However, the supply recovery was delayed and demand was more robust than the Fed anticipated, which led to high inflation.

Since the central bank’s beliefs drive policy, there can be tension when the central bank and the financial markets do not share the same beliefs. Figure 3 shows that the Fed and the markets routinely disagree about future interest rates. How should a central bank respond to these disagreements?

Our latest work unifies and extends the mechanisms described above to develop a monetary policy asset pricing model.6 A general theme underlying our research is a two-speed economy: a slow and unsophisticated macroeconomic side [top row in Figure 1], and a fast and sophisticated financial market side [bottom row]. We formalize the two speeds by separating the macroeconomic and the financial market sides of the economy. Spending decisions are made by a group of agents (“households”) that respond to aggregate asset prices, but with noise, delays, and inertia. Asset prices are determined by another group of agents (“the market”), who have their own beliefs, are forward looking, and immediately incorporate economic shocks and the likely monetary policy response to these shocks. The central bank mediates between these two sides to establish macroeconomic balance. It wants to influence the behavior of households, but it needs to go through the market.

In summary, risk-centric macroeconomics is a framework that sheds light on the links between monetary policy, asset prices, and business cycles. While much work remains to be done, this framework can already explain the broad contours of the monetary policy response to the last two recessions, as well as the love-hate relationship between central banks and financial markets. 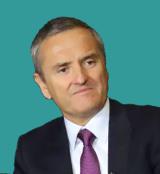 Ricardo J. Caballero is the Ford International Professor of Economics at the Massachusetts Institute of Technology and an NBER research associate affiliated with the programs in Economic Fluctuations and Growth, International Finance and Macroeconomics, and Monetary Economics.

Caballero was the chair of MIT’s Economics Department, 2008–11. His teaching and research fields are macroeconomics and finance. He has an extensive list of publications in all major academic journals.

Among Caballero’s awards are the 2002 Frisch Medal of the Econometric Society for “Explaining Investment Dynamics in US Manufacturing: A Generalized (S,s) Approach,” which was joint work with Eduardo Engel; the Smith Breeden Prize of the American Finance Association  for “Collective Risk Management in a Flight to Quality Episode,” with Arvind Krishnamurthy; and the 2014 Brattle Group Prize for distinguished papers for “Fire Sales in a Model of Complexity,” joint with Alp Simsek. Caballero was elected a fellow of the Econometric Society in 1998 and a fellow of the American Academy of Arts and Sciences in April 2010. 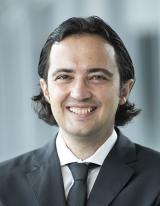 Simsek’s research focuses on the connections between financial markets and the macroeconomy, with an emphasis on understanding the fluctuations driven by beliefs and speculation. Most recently, he has been analyzing the links between asset prices, monetary policy, and business cycles. He has published extensively in top economics and finance journals. He has been awarded several prizes in research and teaching, including the National Science Foundation CAREER award, the Brattle Group Prize for a distinguished paper in corporate finance, the Western Financial Association NASDAQ award for the best paper in asset pricing, and the best undergraduate and graduate teacher awards at the MIT Economics Department.