In the mid-1800s, mortality rates in US and Western European cities were much higher than those in rural areas. Since then, urban mortality rates have fallen dramatically. Driven by reductions in infectious diseases and diseases of infancy and childhood, this phenomenon is often referred to as the mortality transition and has been recognized as one of the most significant developments in the history of human welfare.1 By the 1940s, the mortality “penalty” from living in a major urban center had all but disappeared in modern, developed countries.2

Economists originally attributed the mortality transition to increases in income, the onset of modern economic growth, and improved nutrition.3 However, more recent analyses have stressed the importance of public health efforts, particularly efforts to supply clean water to the residents of major American cities.4

In a series of papers, we revisited the causes of the US urban mortality decline at the turn of the 20th century. We explored the role of clean water technologies and estimated the effectiveness of other public health efforts that were seen as vital to reducing food-related and waterborne diseases, including the building of sewage treatment plants; requirements that municipal milk supplies meet strict bacteriological standards; and requirements that milk come from tuberculin-tested cows. We also explored the determinants of the Black-White infant mortality gap in the first four decades of the 20th century and studied the extent to which public health efforts contributed to the narrowing of this gap. Finally, we estimated the effects of the US campaign against tuberculosis (TB) on pulmonary TB mortality during the early 1900s. The US anti-TB movement pioneered many of the strategies of modern public health campaigns, but its effectiveness had not been studied in a systematic fashion by previous researchers.

Public Health Efforts and the Decline in Urban Mortality

Previous research suggests that the US mortality transition was driven primarily by public health interventions aimed at reducing food-related and waterborne illnesses.5 However, because the same city would often implement several interventions within a span of a few years, it has been difficult for researchers to isolate the effect of any single intervention, especially when taking a case-study approach.

Using data from the US Census Bureau’s Mortality Statistics and Vital Statistics of the United States on 25 major American cities for the period 1900–1940, we conducted a statistical horse race to distinguish the effects of ambitious, often very expensive, public health interventions.6 Figures 1 and 2 illustrate the rollout of the water- and milk-related interventions, respectively, for our sample of cities.

Consistent with the results of several previous studies,7 we found that filtering the municipal water supply led to large reductions in typhoid mortality. Although we found no evidence that adding chlorine to drinking water, building sewage treatment plants, or testing dairy cows for TB were effective, filtering the water supply was also associated with an 11 to 12 percent decrease in infant mortality and a 14 percent reduction in diarrhea/enteritis mortality. While these estimates were measured with precision, they were not nearly large enough to explain the overall declines in infant and diarrheal mortality observed during the period 1900–1940. Our findings are inconsistent with David Cutler and Grant Miller’s widely cited finding8 that water filtration was a large contributor to the mortality decline. 9

In another study, we explored the relationship between clean water technologies and the Black-White infant mortality gap during the period 1906–1938.10 Werner Troesken observed that urban Blacks and Whites lived in close proximity — “almost side by side” — at the turn of the 20th century.11 He famously hypothesized that, because of this lack of residential segregation, it was costly to deny Blacks access to clean water, and that fear of waterborne diseases spreading from Blacks to Whites “played a role in motivating cities to install relatively equitable sewer and water systems.”12 More generally, it is theoretically ambiguous whether health inequalities are exacerbated or mitigated by technological innovation. Exclusive technologies can be subject to “elite capture,” while there is evidence that less expensive “breakthrough” technologies disproportionately benefit poorer, underprivileged individuals.13

Why would chlorination only affect Black infant mortality? One potential explanation is that it mattered more for Black families because, on average, their children were more likely to suffer from nutritional deficiencies, making them relatively vulnerable to waterborne infections. Another possibility is that Black families did not have the resources to disinfect or boil their water prior to chlorination. Consistent with this argument, Troesken found a stronger positive association among Blacks than among Whites between bacteria counts in municipal water supplies and waterborne disease mortality.14

The Phenomenon of Summer Diarrhea and Its Waning

At the start of the 20th century, diarrheal deaths among US infants and children surged every summer. This seasonality waned considerably by 1930 (Figure 3). Economists and historians have argued that summer diarrhea was eventually controlled by public health interventions,15 especially municipal-level efforts to purify water and milk supplies.

Building upon the results described above, Anderson, Rees, and Tianyi Wang explored whether water filtration and other municipal public health interventions contributed to the diminishing severity of summer diarrhea among children under age two.16 We found that the construction of a water filtration plant was associated with a 15 percent reduction in diarrheal mortality during the non-summer months, which is consistent with the hypothesis that transmission occurred through contaminated water. Perhaps surprisingly, there was little evidence that filtration affected diarrheal mortality during the months of June through September, suggesting that the phenomenon of summer diarrhea was driven by contaminated food or person-to-person contact. Improvements in the refrigeration chain, better nutrition, or some combination of these and other factors may have contributed to the dramatic decline in summer diarrheal deaths among infants and children in the United States shown in Figure 3.

The US Anti-Tuberculosis Movement

In 1900, 194 out of every 100,000 Americans died of TB, making it the second-leading cause of death behind pneumonia/influenza. By 1930, the TB mortality rate had fallen dramatically to 71 per 100,000 persons.17 Scholars have proposed several explanations for this decline, including improved nutrition, better living conditions, reduced virulence, and herd immunity. The introduction of basic public health measures is another possible and popular explanation.

Widely regarded as the first public health campaign, the US anti-tuberculosis movement was remarkable in its scope and intensity. During the early 1900s, hundreds of state and local TB associations sprang up across the United States. These associations distributed educational materials and provided financial support to sanatoriums and TB hospitals where TB patients were isolated from the general public. The anti-TB movement was also characterized by the passage of legislation at the state and local levels to, for instance, ban public spitting and forbid the use of common drinking cups, require physicians to report TB cases to public health officials, and mandate the disinfection of premises after the removal of a TB patient.

The research projects described above provide little evidence to support the notion that public health measures drove the mortality transition in the United States. It is, of course, possible that other factors such as nutrition and income were responsible for the steep decline in mortality starting in the mid-19th century, but it is worth noting that each of our research projects used data from the early 20th century, when the mortality transition was well underway. Our plan is to analyze the determinants of urban mortality in the 19th century, when public health innovations included the building of extensive sewer systems and the establishment of pathology laboratories by local health departments. Refrigeration, in the form of manufactured ice, also made its first appearance in the last decades of the 19th century. Our future research will explore the effect of these and other innovations on the mortality transition.19

D. Mark Anderson, Kerwin Kofi Charles, and Daniel I. Rees are conducting collaborative research on how municipal-level public health efforts contributed to the decline in urban mortality in the United States, with a focus on the pre-1900 period. They also are investigating the relationship between hospital desegregation efforts and the Black-White infant mortality gap in the Deep South during the Civil Rights Era. 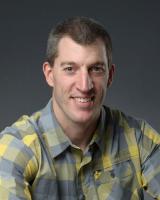 D. Mark Anderson is an associate professor in the Department of Agricultural Economics and Economics at Montana State University. He is a coeditor at Economic Inquiry and an NBER research associate affiliated with the Heath Economics Program. An applied microeconomist with research interests in health, crime, and economic history, he is also studying the relationship between child access gun laws and juvenile firearm-related homicides in the United States.

Anderson received his BS from Montana State University and his MA and PhD from the University of Washington. He currently lives in Livingston, Montana with his wife and daughter. 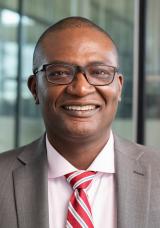 Kerwin Kofi Charles is the Indra K. Nooyi Dean and Frederic D. Wolfe Professor of Economics, Policy, and Management at the Yale School of Management. He is vice president of the American Economic Association, vice chair of NORC at the University of Chicago, an NBER research associate affiliated with the Labor Studies Program, and an elected fellow of the Society of Labor Economists.  He is also a member of the Federal Economic Statistics Advisory Committee and the editorial board of the Journal of Labor Economics.

Charles is interested in earnings and wealth inequality, racial earnings differences, labor market discrimination, the intergenerational transmission of economic status, the labor market consequences of housing bubbles and sectoral change, and leisure technology. He received his BA from Miami University and his MS and PhD from Cornell University.  He currently lives in New Haven, Connecticut with his wife and two sons.

Daniel I. Rees, a professor of economics at the University of Colorado Denver and a research associate affiliated with the NBER’s Health Economics Program, is joining the economics faculty at the Universidad Carlos III de Madrid.  He is an associate editor of Economic Inquiry and the European Economic Review, and a coeditor of the Journal of Policy Analysis and Management.  He has been a research fellow at the Institute of Labor Economics (IZA) since 2011.

Rees is interested in the determinants of risky behavior, the effects of prenatal stress on child health, and the long-term effects of smoking on health. Rees received his BA from Oberlin College, his MA from the University of Wisconsin-Madison, and his PhD from Cornell University.  He currently lives in Madrid with his wife and two children.