Long-Run Trends and the Natural Rate of Unemployment

Starting with Milton Friedman and Edmund Phelps, academics and policymakers have endeavored to measure a sustainable level of unemployment and the implications that deviations from this level have for inflation of prices and wages. This natural rate of unemployment, u*, is broadly defined as the unemployment rate at which, controlling for supply shocks, inflation remains stable.

In this report, I first focus on the drivers of the trend decline in unemployment and review my work that connected this decline to two prominent long-run trends in the economy: the grand gender convergence and the dual aging of workers and firms. Then I summarize my work and discuss a unified framework that I have developed with Richard Crump, Stefano Eusepi, and Marc Giannoni for estimating the natural rate of unemployment. While I mostly focus on the period before the COVID-19 pandemic, I end with a discussion of the effect of the pandemic on the natural rate of unemployment.

Trend Decline in the Unemployment Rate

A useful insight from my research with Michael Elsby and Bart Hobijn is that the flow origins of unemployment rate movements provide useful information about the underlying drivers of unemployment fluctuations and trends.1 The idea is simple: the unemployment rate increases either because more workers become unemployed (inflows increase) or it becomes harder for the unemployed to leave unemployment (outflows decrease). Visual examination of inflow and outflow rates in Figure 1 shows that the inflow rate is characterized by sharp, short-lived spikes during recessions, while the outflow rate from unemployment is strongly procyclical with persistent downswings during recessions. The figure also shows the secular trends in these flow rates, estimated using flow data by detailed demographics with a state-space method that I developed with Crump, Eusepi, and Giannoni.2 The two flows that shape the evolution of the unemployment rate over time exhibit differential long-run trends. The inflow rate has a striking downward trend declining gradually to 0.02, with half of its level preceding the twin recessions of the early 1980s. In contrast, there is no evident trending behavior in the outflow rate.

This stark decline in the rate at which workers become unemployed caused about a 1 percentage point decline from the 1980s to the 1990s and another 1.5 percentage point decline from the 1990s to 2020 in the long-term trend rate of unemployment. Interestingly, this downward trend continued even after the dramatic job losses of the Great Recession, underscoring the importance of secular trends in the labor market. My research has focused on explaining this declining incidence of unemployment.

The United States experienced grand gender convergence in the 20th century, with female labor force participation, the fraction of all women who are in the labor force, increasing from around 47 percent in 1976 to approximately 60 percent in 2000.3 The main driver of the rise in the female labor force participation rate was the increase in participation of married women with children. Women started to work longer into their pregnancies and to work sooner after childbirth than their counterparts in the 1960s, likely due to changes in social norms, more widespread availability of maternity leave, which facilitated return to women’s previous jobs, and advances in maternal health and child care. As labor market interruptions declined, women’s labor force attachment gradually increased. Having stretches of uninterrupted employment allowed women to build more stable employment relationships. Stefania Albanesi and I found that this reduced frictional unemployment through a decline in the incidence of job loss and the incidence of unemployment during reentry into the labor force.4 Figure 2 shows the unemployment inflow rate by gender.

During the 1980s and 1990s, the unemployment inflow rate for women, which had been higher than that for men, converged to men’s rate, driving down the secular trend of unemployment. The importance of gender convergence was relatively minor after 2000. This is when another prominent trend — dual aging — took over.

The US economy has been experiencing a striking shift toward older workers and older firms since the mid-1990s. While the change in worker demographics is directly attributable to the drastic increase in births following World War II, the emphasis on aging of firms is relatively new, as data have only recently become available. Benjamin Pugsley and I show that declining births of firms almost fully account for the shift of employment toward older firms.5 Moreover, in joint work with Fatih Karahan, Pugsley and I find that the origin of the decline in firm entry is the decline in labor supply growth arising from the aging of the baby boom cohort and the flattening out of the female labor force participation rate.6 We establish a clear link from worker to firm demographics.

The aging pattern is stark. Around 18 percent of the labor force consisted of workers between 16 and 24 years old (young workers in Figure 3) in 1987. By 2017, the number had declined to 10 percent. The employment share of firms less than five years old also followed a similar pattern, with their share declining from around 20 percent to 10 percent. On the flip side, in 1987, firms 11 or more years old —mature firms — employed about two-thirds of the workers in the economy. By 2017, the number of workers in mature firms had increased to 80 percent. [Figure 3]

Younger workers are four times more likely to become unemployed than prime-age workers. Similarly, firms aged between one and five years old are twice as likely to eliminate jobs as their older counterparts. These patterns suggest that declines in unemployment and job destruction are direct consequences of dual aging. While the shift in worker and firm age composition falls short of accounting for the decline in the inflow rate, aging also affects the economy by affecting age-specific outcomes. Put differently, in economies with older workers and firms, unemployment and job destruction are lower for all workers. Using state-level variation and an instrumental variables approach, Crump, Eusepi, Giannoni and I showed that a 1 percentage point increase in mature firms’ share lowers the job destruction rate by 0.60 percentage points for younger firms.7

While grand gender convergence was important in accounting for the secular decline in the unemployment rate until 2000, dual aging stands out as an important driver of the decline since then.

Grand gender convergence and dual aging together have reduced the overall incidence of unemployment, and consequently the secular trend of unemployment. Concurrently, inflation expectations became better anchored following the Volcker disinflation.8 Estimating the natural rate of unemployment requires re­cognizing these prom­i­nent changes in the macroeconomy.

Crump, Eusepi, Giannoni and I calculate this in our recent paper.9 We employ a forward-looking Phillips curve linking inflation to expected inflation and the unemployment gap (the difference between the actual and natural rates of unemployment). We utilize survey-based expectations of inflation at different horizons to provide noisy signals of true inflation expectations and impose that the secular trend of unemployment we derive from the flow dynamics acts as an anchor for the natural rate, while accommodating the possibility of persistent deviations.

The longest labor market expansion in postwar US history came to an abrupt end with the emergence of the COVID-19 pandemic in March 2020. The unemployment rate jumped from its historically low level of 3.5 percent in February to 14.8 percent in April. This sharp increase was followed by a steep decline; the unemployment rate retreated to 6.9 percent by October. Murat Tasci, Jin Yan, and I show that this was due to the unprecedented rise in unemployment inflows, which was mostly driven by workers on temporary layoffs.10 Applying the methodology I developed with Crump, Eusepi, and Giannoni, we find that during the pandemic recession, increased from 3.8 percent to a range of 4.0 to 4.5 percent, suggesting that the unemployment gap as of May 2021 stood between 1.3 and 1.8 percentage points. 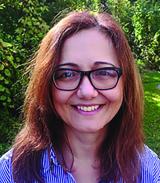 Ayşegül Şahin is the Richard J. Gonzalez Regents Chair in Economics at the University of Texas at Austin and an NBER research associate in the Economic Fluctuations and Growth and Monetary Economics programs. She has been serving as a coeditor of the American Economic Journal: Macroeconomics since January 2020.

Şahin is a member of the panel of economic advisers of the Congressional Budget Office, the Bureau of Labor Statistics’ technical advisory committee, the American Economic Association Committee on Economic Statistics and the advisory boards of the Federal Reserve Bank of San Francisco and the Carnegie-Rochester-NYU Conference on Public Policy. She also is a consultant to the Federal Reserve Banks of Cleveland, Dallas, and Minneapolis.

Prior to joining UT Austin’s economics department, Şahin was a research economist at the Federal Reserve Bank of New York for 14 years, concentrating primarily on analysis of the US labor market. Her research focuses on analysis of macro-labor issues such as unemployment and labor force participation dynamics, labor market mismatch, the natural rate of unemployment, gender disparities in labor market outcomes, and entrepreneurship.

Şahin grew up in Turkey, where she studied electrical engineering at Bilkent University in Ankara before earning her PhD in economics from the University of Rochester. She lives in Austin and enjoys hiking and doing jigsaw puzzles with her daughter.