The widespread closing of businesses in the United States and around the world due to the coronavirus has been unprecedented. Stores, factories, and many other businesses have closed as a result of policy mandates, downward demand shifts, health concerns, or other factors. Although many have reopened since social distancing restrictions were relaxed, the revenues lost from the closures, the limited scale of current reopenings, and the potential for further closures in the future may lead to a wave of permanent small business closures with disproportionate impacts by race, gender, and nativity.

In several recent papers, I examine the impacts of COVID-19 on small business owners, using timely microdata from the Current Population Survey (CPS) and administrative data from the Small Business Administration. These new papers build on my longstanding research agenda on entrepreneurship, racial inequality, and small business policy. This summary reviews selected papers from both recent and earlier work.

Early Stages of the Pandemic

On March 19, 2020, the state of California imposed shelter-in-place restrictions, with New York State following the next day. By early April, most states had imposed social distancing restrictions that closed “nonessential” businesses and added to consumer health concerns in the emerging pandemic. Using CPS microdata, I examine how COVID-19 impacted small business owners in mid-April 2020, the first month to capture these changes.1 Figure 1 shows that the number of working business owners plummeted from 15 million in February 2020 to 11.7 million in April 2020, the largest drop ever; the entire Great Recession only resulted in a drop of 5 percent. Even incorporated business owners, who tend to be more stable and growth-oriented than unincorporated owners, experienced a drop in work activity of 20 percent from February to April 2020.

Losses for businesses owned by women, racial minorities, and immigrants were especially severe [Figure 2]. African Americans experienced the largest losses: a 41 percent drop in the number of active business owners. Latinx business owners also experienced major losses: 32 percent. Immigrant business owners suffered a 36 percent drop, and female business owners 25 percent. Concentrations of female, Black, Latinx, and Asian businesses in industries hit hard by the pandemic, such as personal services, partly explain why the losses were higher for these groups than the national average. Extending the analysis into the second and third months following widespread shelter-in-place restrictions — May and June 2020 — business owner activity partially rebounded, but the disproportionate impacts from COVID-19 by gender, race, and immigrant status lingered. African Americans continued to experience the largest losses, with 26 percent of formerly active business owners still not reactivated in May and 19 percent not active in June. Job losses were also higher for minority workers.2

Overall, these early estimates of the impact of COVID-19 on small businesses indicate that losses were spread across demographic groups and types of business — no group was immune — but some groups were hit harder than others. Although there is no way to determine at present whether these business closures will be permanent, each additional month of inactivity has an impact on the revenues, profits, and employees of these businesses, and on their likelihood of ever reopening.3

Given the severity of the pandemic, the federal government provided more financial assistance to small businesses than ever previously seen. The largest programs providing funds to small businesses were the $660 billion Paycheck Protection Program (PPP) and the $220 billion Economic Injury Disaster Loan (EIDL) program. One of the goals stated in the Coronavirus Aid, Relief, and Economic Security (CARES) Act, which included the PPP and EIDL programs, was to prioritize assistance to underserved markets and disadvantaged business owners.

In earlier re­search, I explore the link between racial inequality in business outcomes and broader racial inequality. Research on earnings inequality almost exclusively focuses on the wage and salary sector and ignores the other major way to make a living — owning a business. Ten percent of the workforce, or 12 million people, own a business rather than holding a wage or salaried job. These owners hold a disproportionate amount of total wealth and create jobs for others.

Racial disparities in business formation raise concerns about lost economic efficiency. If minority entrepreneurs face liquidity constraints, discrimination, or other barriers to creating new businesses or expanding current ones, there will be efficiency losses in the economy. Barriers to entry and expansion are potentially costly to productivity and local job creation, especially as minorities represent a growing share of the population.

In a series of papers, I use various datasets to study the causes of racial and ethnic disparities in business ownership, formation, and outcomes, focusing on the constraints that limit productivity and cause inefficiencies in the economy. Work with Alicia Robb draws on confidential, restricted-access, business-level data from the US Census Bureau to explore why Asian American-owned firms perform well in comparison to White-owned businesses, while Black-owned firms typically do not.5 We find differential access to financial capital to be the largest factor. Family business experience also plays a role in explaining differences in outcomes. In more recent work, I examine potential barriers created by human capital, wealth, demographic, geographic, and industry constraints for each group using CPS and American Community Survey data.6 I find that low levels of wealth contribute to lower rates of Black and Latinx business ownership, and that high levels of wealth increase Asian business ownership rates. Low levels of education contribute to lower business income for Blacks and Latinx, and high levels of education increase Asian business income. The Black, Latinx, and Asian populations are all relatively young compared to the White population; this also contributes to lower business ownership rates in these groups.

Using confidential and restricted-access panel data from the Kauffman Firm Survey, along with matched administrative data on credit scores, Robb, David Robinson and I explore disparities in capital use between Black- and White-owned startups.7 We find that Black-owned startups start smaller and stay smaller over the first eight years of their existence. Black startups face more difficulty in raising external capital, especially external debt. We find that disparities in creditworthiness constrain Black entrepreneurs; perceptions of treatment by banks also hold them back. Black entrepreneurs apply for loans less often than White entrepreneurs largely because they expect to be denied credit, even when they have a good credit history and in settings where strong local banks favor new business development.

Christopher Woodruff and I study why Mexican-American entrepreneurship is low in the United States even though self-employment rates are very high in Mexico.8 We find that low levels of education and wealth explain the entire gap between Mexican immigrants and non-Latinx Whites in business formation rates; together with language ability, these factors explain nearly the entire gap in business income. Legal status represents an additional barrier for Mexican immigrants.

Policymakers have sought to improve success among minority business owners. In the United States, for example, although they are sometimes controversial, a variety of federal, state, and local government programs offer contracting goals, price discounts, and loans to businesses owned by minorities, women, and other groups that are historically underrepresented among business owners. Aaron Chatterji, Kenneth Chay and I examine the effectiveness of affirmative action contracting programs for businesses owned by African Americans by using the staggered introduction of these contracting programs across cities in the 1980s.12 Black business ownership rates increased significantly after program initiation. On average, the Black-White gap fell 3 percentage points. Black gains were concentrated in industries heavily affected by contracting programs, and they mostly benefited those who were better educated. 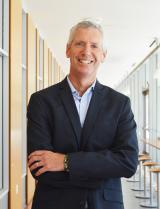 Robert Fairlie is a professor of economics at the University of California, Santa Cruz and an NBER research associate affiliated with the Economics of Education and Productivity, Innovation, and Entrepreneurship Programs. He is a regular participant in the Entrepreneurship Working Group and Economics of Education meetings, and plans on participating in the new Race and Stratification in the Economy Working Group.

Fairlie’s research interests include entrepreneurship, education, racial inequality, information technology, labor economics, and immigration. Recent research projects explore questions around causes and consequences of racial inequality, barriers to business creation and growth, whether technology helps students, constraints in higher education, whether there have been disproportionate impacts of COVID-19 by race and gender, and water conservation policy.

Fairlie received his PhD and MA from Northwestern University and BA with honors from Stanford University. He has held visiting positions at Stanford, Yale University, UC Berkeley, and Australian National University. He has received funding for his research from numerous government agencies and foundations and has testified to the US Senate, US House of Representatives, the Department of Treasury, and the California State Assembly regarding the findings of his research, and received a joint resolution of appreciation from the California legislature. He is regularly contacted by major news media to comment on economic, small business, inequality and policy issues.