A great deal of evidence suggests that different patterns of economic development are causally related to differences in economic institutions. Countries that create inclusive and secure property rights and the rule of law grow, while those that do not stagnate or decline.1

But why do economic institutions vary so much across, and even within, countries? Though there are different approaches to this question, a central one emphasizes that economic institutions (conceived broadly to include economic policies) are outcomes of processes of collective choice. Such choices are shaped by the political institutions that distribute power, aggregate preferences and interests, place constraints, and determine the payoffs to different strategies in the political process.

This perspective suggests that there ought to be evidence of systemic relationships between political institutions, economic institutions and policies, and economic outcomes.

Perhaps the largest research effort has gone into investigating the impact of democracy on economic growth. There is obviously a strong correlation between levels of GDP per capita and the extent of democracy, yet at the same time theoretical work suggests that not all the mechanisms unleashed by moving political institutions from autocratic to democratic are positive for economic growth.

Democratization tends to shift power away from narrow elites towards the mass of people. That can favor redistribution, the provision of public goods in society,2 and expansion of the role of the state in society. These very processes may or may not be good for economic growth. Redistribution can lead to distortions and disincentives,3 or it can stimulate growth.4

The same is true of the expansion of the size or role of the state. Finally, democratic political competition can be very clientelistic, mitigating against the provision of public goods. There is also obviously a considerable amount of heterogeneity in this process. Dictatorships and democracies alike vary greatly in their institutional architecture – such as in the extent of checks and balances5 –and societies that have ostensibly democratic politics may have political power concentrated in the hands of a small group of economic elites or bureaucrats.

Despite this evident heterogeneity, it is interesting to ask what the average effect of moving from autocratic to democratic political institutions is on economic policies and institutions and on economic growth. We do that in our paper with Suresh Naidu and Pascual Restrepo.6 Ours is hardly the first study of this relationship but, interestingly, the conventional wisdom has been that democratization has at best small positive effects on economic growth. Our paper shows that this "non result" is driven by the complicated dynamics of GDP around democratization.

It is a robust fact that democratizations are often precipitated by recessions and negative economic shocks. Clearly, unless one controls for this properly, one can easily make a spurious inference about the impact of democracy. We control for this using two different strategies. The first is to control for lags of GDP in linear regressions. The second is to adapt to our panel context the semi-parametric time-series estimators proposed by Joshua Angrist and Guido Kuersteiner,7 and Angrist, Òscar Jordà, and Kuersteiner,8 which use propensity score-based matching methods to correct for the effects of GDP dynamics. Beyond this problem lies the question of identification. In addition to controlling for a full set of country and year fixed effects, we address this issue with an instrumental-variables (IV) strategy. We develop an instrument for democracy based on regional waves of democratizations and reversals.

Our identification assumption is that democratization in a country spreads to other nondemocratic countries in the same region, but does not have a direct differential impact on economic growth in these countries, at least conditional on lagged levels of country and regional GDP and various covariates that could be correlated with country-level GDP at the year, region, and initial regime level.

Focusing on a dichotomous variable which classifies regimes as either democratic or not based primarily on whether or not a country has free and fair elections with universal suffrage, our central estimates suggest that a country which switches from autocracy to democracy achieves about 20 percent higher GDP per capita over roughly 30 years. We also investigate some of the mechanisms via which this may happen and find broadly consistent positive estimates for the effect of democracy on tax-to-GDP ratio and primary school enrollment rates.

But, as already noted, there is much more to the variation in political institutions than differences in democracy. Indeed, the quantitative magnitude of the results discussed above shows that the main institutional difference between poor and rich countries is most likely not that the former tend to be undemocratic while the latter are democratic. Our study, like most, uses a minimalist definition of democracy which leaves out detailed features of the constitutions of countries that help determine the strength of checks and balances and constraints on the use of power.9 Moreover, how a given set of formal political institutions functions varies greatly across societies.

Finally, and equally importantly, there are major differences across and within nations in the way the state is organized. Having a state with "capacity" – to regulate, implement and govern, to establish order, monopolize force, and raise revenues – is potentially an important prerequisite for economic growth. A large social science literature suggests that many facets of modernity are consequences of the development of states, including not just economic growth10 but also identities11 and values.12

To see why the nature of the state might be an important determinant of comparative development, consider the following famous puzzle identified by Robert Lucas:

"In 1960 the Philippines and South Korea had about the same standard of living as measured by their per-capita GDPs of about $640 U.S. (measured in 1975 prices). The two countries were similar in many other respects.... In both countries, all boys of primary school age were in school, and almost all girls, but only about a quarter of secondary school age children were in school. Only 5 percent of Koreans in their early twenties were in college, as compared to 13 percent in the Philippines. Twenty-six percent of Philippine GDP was generated in agriculture, and 28 percent in industry. In Korea, the comparable numbers were 37 and 20 percent."13

Despite all these similarities, a radical economic divergence ensued. Lucas' explanation is based on differential patterns of learning by doing and human capital accumulation related to openness. Human capital certainly accumulated a lot faster in Korea, but from our perspective Lucas' discussion of what was different about Korea and the Philippines in 1960 is very narrow. A huge unmentioned difference was that Korea was able to lay claim to a long history of centralized, bureaucratized, state authority with a homogeneous national identity. The Philippines was not.

Though we often take for granted that states have "capacity," this is in fact missing in many less-developed parts of the world. And there are large challenges to pinpointing the role of state capacity in promoting economic development. State capacity is multi-dimensional, and we have few theories how political capacity, fiscal capacity, and bureaucratic capacity co-vary or are determined. They obviously may be influenced by development or by other factors, such as the nature of society (think of homogeneous Korea). Thus there are problems of both reverse causality and endogeneity to be addressed before we can say convincingly that state capacity plays a causal role in promoting economic development.

In joint work with Camilo García-Jimeno, we study the effect of state capacity of Colombian municipalities on public goods provision and development outcomes.14 We conceptualize state capacity as the presence of state functionaries and agencies. This represents a central aspect of what Michael Mann calls the "infrastructural power" of the state.15 Colombia provides an ideal laboratory for such an investigation because there is a wide diversity of development and public good outcomes across Colombian municipalities. For example, the proportion of the population above the poverty line in the 2005 census and average secondary school enrollment 1992–2002 vary from near zero to 100 percent.

Our data exhibit strong positive correlations between our basic measures of state capacity and both public good provision and development outcomes. But are these indicative of a causal relationship? To address this question, we develop an identification strategy based on the history of Colombian state formation. In particular, we focus on two variables: the historical presence of colonial state officials and agencies in 1794 and the location of the colonial "royal roads" network. This network has disappeared and thus provides an attractive source of variation in the historical presence of the state and the cost of building and expanding local state capacity, especially when we control for distance to current roads. There is indeed a positive correlation between the number of colonial state employees at the municipality level and the same measure today. Since the state-building strategy of the colonial authorities was quite unrelated to subsequent republican state-building aims, this historical data creates an appealing source of variation. 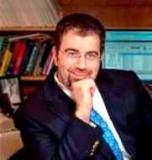 Daron Acemoglu is Elizabeth and James Killian Professor of Economics at the Massachusetts Institute of Technology.

His recent research focuses on the political, economic, and social causes of differences in economic development across societies; the factors affecting the institutional and political evolution of nations; and how technology impacts growth and distribution of resources and is itself determined by economic and social incentives.

In addition to scholarly articles, Acemoglu has published several books: Economic Origins of Dictatorship and Democracy, jointly with James A. Robinson; Why Nations Fail, also jointly with Robinson; and Economics, jointly with David Laibson and John List.

Acemoglu is a fellow of the National Academy of Sciences, the Science Academy (Turkey), the American Academy of Arts and Sciences, and the Econometric Society. He was the recipient of the John Bates Clark Medal in 2005, and the Erwin Plein Nemmers Prize. He holds honorary doctorates from the University of Utrecht, Bosporus University, and the University of Athens. He received his B.A. in economics at the University of York, M.Sc. in mathematical economics and econometrics at the London School of Economics, and Ph.D. in economics at the London School of Economics. He lives in Newton, Massachusetts with his wife, Asu Ozdaglar, and his two young sons, Arda and Aras.

James A. Robinson is a research associate in the NBER's Programs on the History of the American Economy and Political Economy. As of July 1, 2015, he will be a University Professor at the Harris School of Public Policy at the University of Chicago.

Robinson's research focuses on comparative economic and political development from both a theoretical and an empirical perspective. Over the past two decades, he has conducted research and collected data in Botswana, Chile, the Democratic Republic of the Congo, Haiti, the Philippines, Sierra Leone, South Africa, and Colombia, where he teaches every summer at the University of the Andes in Bogotá. He is co-author with Daron Acemoglu of the books Economic Origins of Dictatorship and Democracy and Why Nations Fail.

Robinson lives in Somerville, Massachusetts, with his wife and younger son. In his spare time, he enjoys exploring the world with his elder son, dancing salsa with his wife, listening to music and reading history, anthropology, and archaeology books.