It has long been acknowledged that prices of consumer goods differ substantially across countries, and vary considerably between any two countries over time. In the aggregate, relative goods-prices compared across countries are defined as real exchange rates. Understanding real exchange rate determination remains one of the most important and yet most difficult questions in international economics.

The central theoretical framework for interpreting real exchange rates attributes persistent movements in real exchange rates over time and across countries to cross-country differentials in sectoral total-factor productivities. This is known as the Balassa-Samuelson model.1 The forces that drive this model are straightforward; higher productivity growth in traded-goods sectors tends to increase local input costs and therefore prices of non-tradable goods. Since traded-goods prices tend to be equalized across countries, this raises the local price level, which is a real exchange rate appreciation.

The Balassa-Samuelson model has been widely used in analyzing real exchange rate determination. One reason for its popularity is that it is consistent with the widespread observation that price levels tend to be higher in comparatively wealthy countries. There is a strong positive relationship between price levels and GDP per capita. This is sometimes known as the "Penn effect," after the two University of Pennsylvania economists, Alan Heston and Robert Summers, who first documented it.2

Despite the simplicity and appeal of the theory, it is widely acknowledged that the Balassa-Samuelson model does not do well in explaining real exchange rates, except over very long time horizons.3 In most empirical studies, especially in time-series data, the evidence for the effect of productivity growth on real exchange rates is quite weak. This problem is especially apparent in the study of real exchange rate movements among high-income, financially developed countries with floating exchange rates.

This short review essay describes my research agenda on real exchange rate determination, the Penn effect, and the Balassa-Samuelson theory, using a new data set of European price levels at a disaggregated level. In an initial paper, Martin Berka and I established that the Penn effect is clearly observed among European Union countries, both in cross-section and time series, and that this relationship is tied closely to trend movements in relative non-traded goods prices.4 In a second paper, Charles Engel, Berka, and I find strong evidence for an amended version of the Balassa-Samuelson model in an application to countries within the Eurozone.5

The Balassa-Samuelson theory suggests real exchange rates should be related to sectoral total-factor productivity (TFP) rather than income levels per se. There are few studies that examine the cross-sectional dimension of the Balassa-Samuelson hypothesis using sectoral data on TFP, because most TFP data that is used for cross-country comparisons is in index form and is only useful for looking at the time-series dimension. But the evidence favorable to the Balassa-Samuelson effect is much weaker in time-series. In fact, even the basic prediction of the Balassa-Samuelson model needs to be refined when traded goods in different countries are not perfect substitutes for one another.8 In that case, the relationship between the real exchange rate and relative productivity differentials should be conditioned on the terms of trade. A novel aspect of my work with Berka and Engel is that it shows that the inclusion of unit labor costs, in a real exchange rate regression, in addition to relative sectoral productivities, acts as a proxy for the terms of trade and represents a well-specified structural representation of the real exchange rate, even when home and foreign-traded goods are not perfect substitutes.

My paper with Berka examines the behavior of real exchange rates, both at aggregate and disaggregate levels, across a large sample of European countries over a 15-year period ending in 2009.10 The price data is very broad, encompassing almost the whole consumer basket, and it has an extremely high degree of cross-country comparability. The sample allows for construction of a panel of real exchange rates at the sectoral and aggregate level over the period 1995–2009. Since the data is in levels, we can construct a real exchange rate distribution across countries at any point in time and track the movement of this distribution over time.

We find large and persistent deviations from absolute PPP among all European countries. These deviations hold for all categories of goods, but are much more pronounced for non-traded than for traded goods. Even among Eurozone members, there are persistent departures from PPP that show no signs of erosion within the sample. A striking feature of real exchange rates in the data is that they are highly positively correlated with the internal relative price of non-traded to traded goods. This relationship holds true both across countries and over time. Over the whole sample, the cross-country correlation between the real exchange rate and the relative price of non-traded goods is 0.89, while the time series correlation is 0.84.

We also find that there is a highly positive correlation between deviations from PPP in traded goods prices, and the internal relative price of non-traded goods, again both among countries and over time. This suggests that non-traded inputs into retail prices of traded goods may play an important role in deviations from PPP in the traded goods category. Finally, we find striking evidence for the "Penn effect;" real exchange rates are very closely tied to GDP per capita relative to the European average, again both in comparisons across countries and in movement over time. It is quite striking that this pattern holds, even though the per-capita GDP differential among European countries is of far smaller magnitude than among developed and developing countries. What this suggests is that for European countries, the relative stability of bilateral nominal exchange rates may have been important in allowing for a more fundamental-based evolution of real exchange rates, in contrast to the findings from a wider sample of countries where nominal exchange rate variation becomes a much more important element.

We then develop a theoretical model of an amended Balassa-Samuelson theory by allowing for shocks to labor supply that are unrelated to productivity. Differences in unit labor costs may influence real exchange rates both through their effects on the relative prices of non-traded goods and also the terms of trade. We examine the implications of the model for the Balassa-Samuelson theory when nominal exchange rates are not volatile, since the countries share a common currency, but nominal prices are sticky. We use the model to generate a panel of real exchange rate levels and movements over time which matches the European panel for the Eurozone countries. Using the same cross-section and time-series dimensions as the data, the model is simulated using shocks to sectoral productivities and labor supply shocks. The sectoral productivity shocks in the model are generated in a model-based panel which has the same means, serial correlation, and covariance matrix as in the European data. Shocks to labor supply, which in addition to the productivity shocks underlie the dynamics of unit labor costs in the model, are inferred from relative movements in hourly wages observed over the sample period.

It is important to note that the data used in these studies is disaggregate, but not micro-data on individual goods prices. A number of important recent contributions have used micro-data on individual prices from a single retailer to construct individual-goods-level real exchange rates.16 One key difference between these studies and ours is that, as noted above, our price data has both broad coverage, governing almost the complete consumer basket in the Eurozone countries studied, and a very high degree of cross-country comparability. We provide an extensive data appendix, describing the construction of the data, and emphasize the extensive set of procedures that Eurostat follows to ensure that goods in each of the categories are measuring very similar products across countries.17

A second unique feature of the data we used is an annual panel of sectoral TFP levels across nine Eurozone countries. The data allow us to make cross-sectional comparisons, as well as the time comparisons, across sectors and countries. To our knowledge, this is the first time that a sectoral TFP panel in levels has been used to study real exchange rate determination and the Balassa-Samuelson hypothesis.

It is tempting to conclude from these results that relative-price adjustment and real exchange rates within the Eurozone system have occurred efficiently, given that Balassa-Samuelson represents a benchmark model of efficient relative-price adjustment in the face of differential productivity-growth rates. But in fact this inference cannot be directly made, since our amended Balassa-Samuelson framework features movement in unit labor costs that may represent underlying distortions or structural inefficiencies within individual economies. Hence, while the results provide encouraging support for the traditional view of real exchange rates, they cannot be taken as evidence that trends in real exchange rates within the Eurozone have been consistent with efficient cross-country relative-price adjustment.

A second key caveat is that the sample period of these studies does not include the European debt crisis for 2010-12. In the face of a large crisis, it is likely that countries within a single currency area would suffer from not having the ability to adjust exchange rates.18 So, again, the studies discussed above do not claim that eliminating national currencies and exchange rate adjustment is without costs. But an important agenda for future research is to see how intra-European relative-price adjustment over this episode was related to the extent of the downturns across countries and regions.19 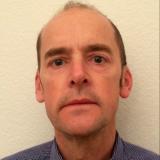 Currently, Devereux is a senior adviser at the Globalization and Monetary Policy Institute of the Federal Reserve Bank of Dallas and a Research Fellow at the Center for Economic Policy Research in London. In 2014 he completed a three-year term as the first director of the Vancouver School of Economics at the University of British Columbia.

From 2003-13, Devereux was a Bank of Canada Research Fellow. He has had visiting positions at University College Dublin, the Hong Kong Institute for Monetary Research, the Hong Kong University of Science and Technology, the International Monetary Fund, and the Bank for International Settlements. He was the recipient of the 2010 John Rea Prize from the Canadian Economic Association for the economist with the best five-year track record in Canada.