Macro-Perspectives on Rigidity and Risk in Global Input Sourcing

As trade barriers have fallen over the past several decades, US firms have increased their usage of imported inputs in production. This rise in the global sourcing of inputs has lowered production costs and enhanced US competitiveness. At the same time, there is widespread concern that dependence on foreign inputs exposes firms to heightened risk. This concern is well founded: the Great Trade Collapse in 2008-2009, the Japan Tohoku earthquake/tsunami, the US-China Trade War, and the recent COVID shock all generated international supply disruptions, which reverberated through the global production network.

While the potential importance of these shocks is obvious, these events have outpaced the development of models needed to analyze them. In this proposal, we articulate a new framework for analyzing the consequences of supply chain disruptions on the macro-economy. A key piece of the framework is a precise notion of rigidity in supply chains; we assume firms undertake sunk cost investments in order to import inputs. This assumption builds on existing approaches to modeling exporter dynamics, but it flips the emphasis from exporting to importing. Further, we develop an approach to sunk costs that is tractable in high dimensional macroeconomic models, including models that feature production (input-output) networks. The payoff to developing this model is that we are able to use the model to ask and answer new questions about the risks inherent in global sourcing. 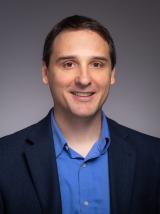