Why are some countries poor and others rich? The standard view emphasizes the role of distortions and resource misallocation in poor countries. An alternative view emphasizes the role of coordination failures: Individual firms do not find it profitable to adopt advanced technologies unilaterally, even though everyone will benefit from coordinated adoptions. The latter view has a long tradition in policy circles, known as the Big Push. The proposed research bridges these two paradigms in a quantitative framework, guided by microeconomic data. Our preliminary analysis shows that the complementarity in firms' technology adoption decisions can powerfully amplify the effect of other sources of economic inefficiency. More important, this amplification operates even when there is no multiple equilibria or coordination failure: Coordination failures can be thought of as an extreme form of amplification. This mechanism not only helps explain the vast differences in income per capital across countries, but also illustrates the conditions under which reforms or industrial policies have disproportionate positive impact and hence are likely to succeed.

There have been few quantitative analyses, if any, of the coordination failure view of economic development, despite its theoretical underpinnings. We emphasize the model elements that cause the complementarity in firms' technology adoption decisions, which is necessary for the equilibrium multiplicity central to the second view. We focus on complementarity rather than multiplicity itself to make our research more widely and robustly applicable, because equilibrium multiplicity hinges on several restrictive assumptions. We develop a model of entry and technology adoption by ex-ante heterogeneous firms, which produce differentiated goods, are subject to idiosyncratic distortions, and are connected to one another through input-output linkages. Firms first choose whether to pay a fixed cost and enter the market. Active firms can operate a traditional technology or, upon paying adoption costs, a more productive modern technology. The input-output linkages are the source of the complementarity in technology adoption. Our preliminary theoretical analysis clarifies the conditions under which the complementarity in firms' technology adoption decisions supports multiple equilibria, which are stronger than the conditions for amplification. Our preliminary quantitative analysis utilizing microeconomic data shows that such complementarity substantially amplifies the effect of distortions on aggregate productivity (by factor of 3 or more), sometimes through equilibrium multiplicity but also when the equilibrium is unique. Over the course of the funded research, we aim to strengthen the quantitative analysis and then extend the framework to multisector models and dynamic models. We will also explore how such complementarity may amplify economic shocks over the business cycles. 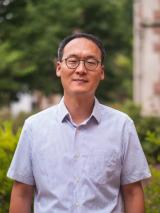 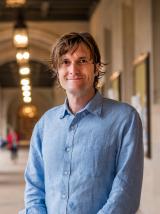