Who Owns US Business? How Much Tax Do They Pay? 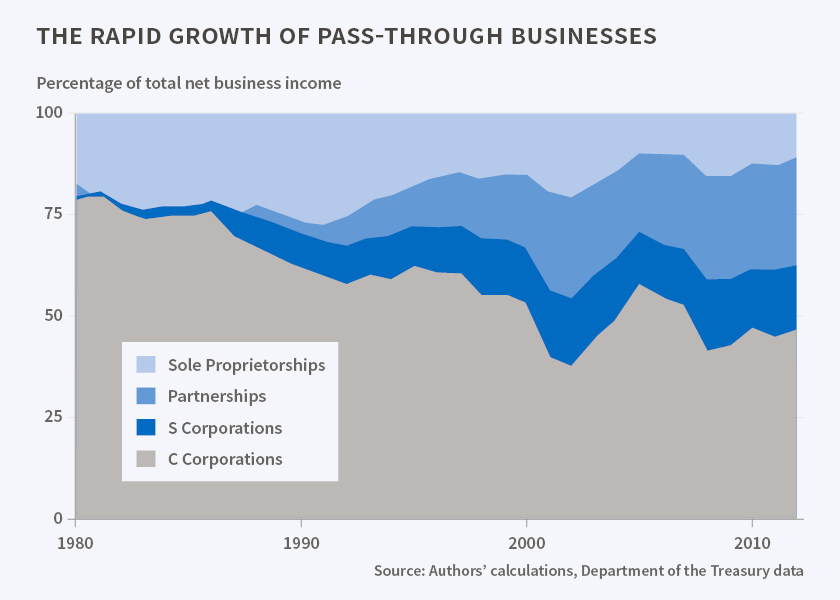 "Despite this profound change in the organization of U.S. business activity, we lack clean, clear facts about the consequences of this change for the distribution and taxation of business income," write Michael Cooper, John McClelland, James Pearce, Richard Prisinzano, Joseph Sullivan, Danny Yagan, Owen Zidar, and Eric Zwick. "This problem is especially severe for partnerships, which constitute the largest, most opaque, and fastest growing type of pass-through." 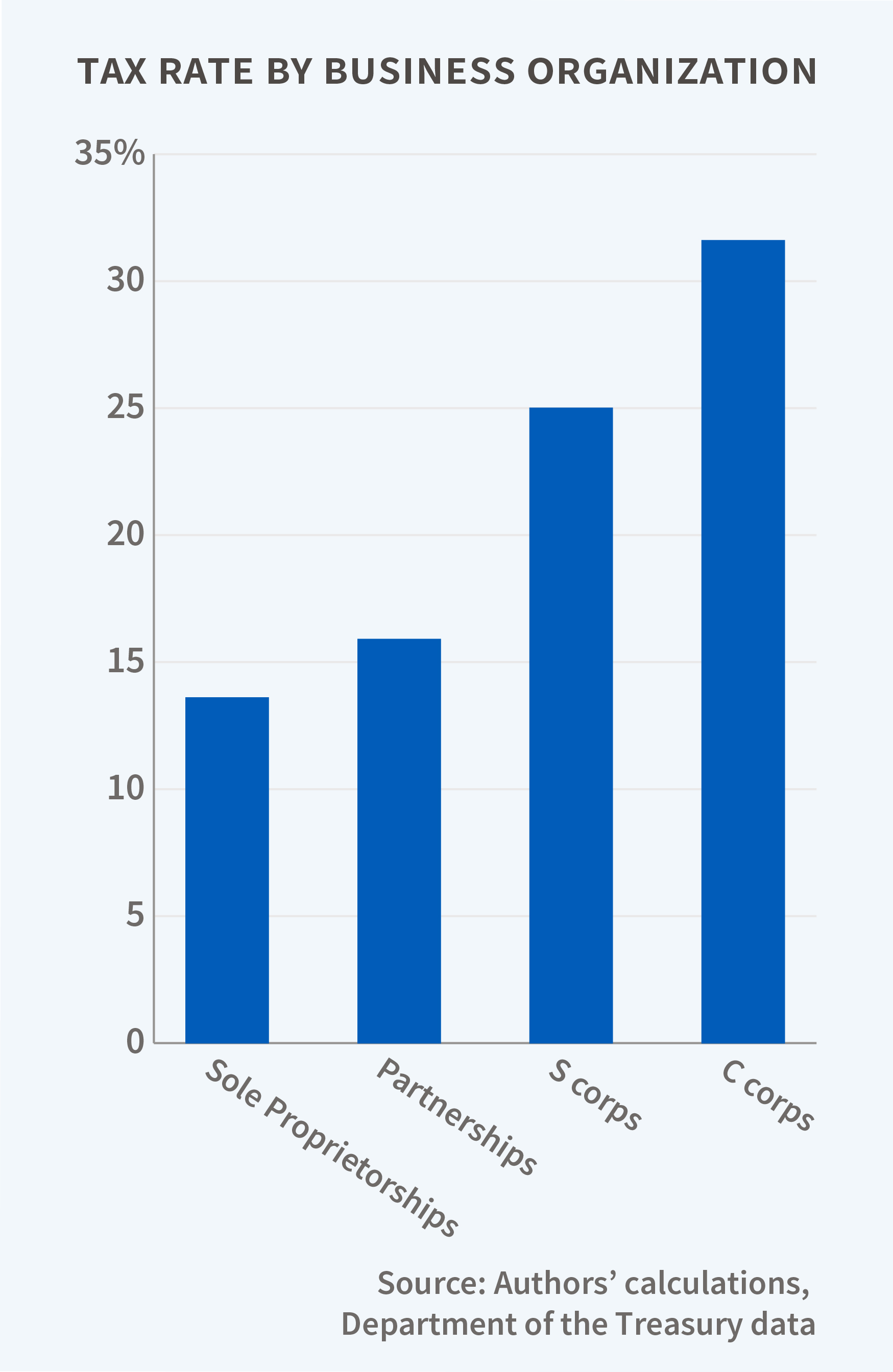 Pass-through business income faces lower tax rates than traditional corporate income. The tax rate on the income earned by pass-through partnerships is a relatively low 15.9 percent, excluding interest payments and unrepatriated foreign income. That compares with a 31.6 percent rate for C corporations and a 24.9 percent rate for S corporations. Only sole proprietorships have a lower average rate, 13.6 percent. Combining both taxes on corporations and taxes on investors, the researchers calculate that the U.S. business sector as a whole pays an average tax rate of 24.3 percent.

The lower average tax rate for pass-through entities than for traditional corporations translates into reduced federal revenues, the researchers conclude. They estimate that in 2011, if the share of pass-through tax returns had been at its 1980 level, when traditional C corporations and sole proprietorships dominated, the average rate would have been 3.8 percentage points higher and the Treasury would have collected $100 billion more in tax revenue.

One reason partnerships pay such a low average tax rate is that nearly half their income (45 percent) is classified as capital gains and dividend income, which is taxed at preferential rates. Another 15 percent of their income is earned by tax-exempt and foreign entities, for which the effective tax rate is less than five percent. The roughly 30 percent of partnership income that is earned by unidentifiable and circular partnerships is taxed at an estimated 14.7 percent rate.

"A long-standing rationale for the entity-level corporate income tax is that it can serve as a backstop to the personal income tax system," the researchers conclude. "Our inability to unambiguously trace 30 percent of partnership income to either the ultimate owner or the originating partnership underscores the concern that the current U.S. tax code encourages firms to organize opaquely in partnership form in order to minimize tax burdens."

Business in the United States: Who Owns it and How Much Tax Do They Pay?