Market Bubbles: What Goes Up Doesn't Always Come Down 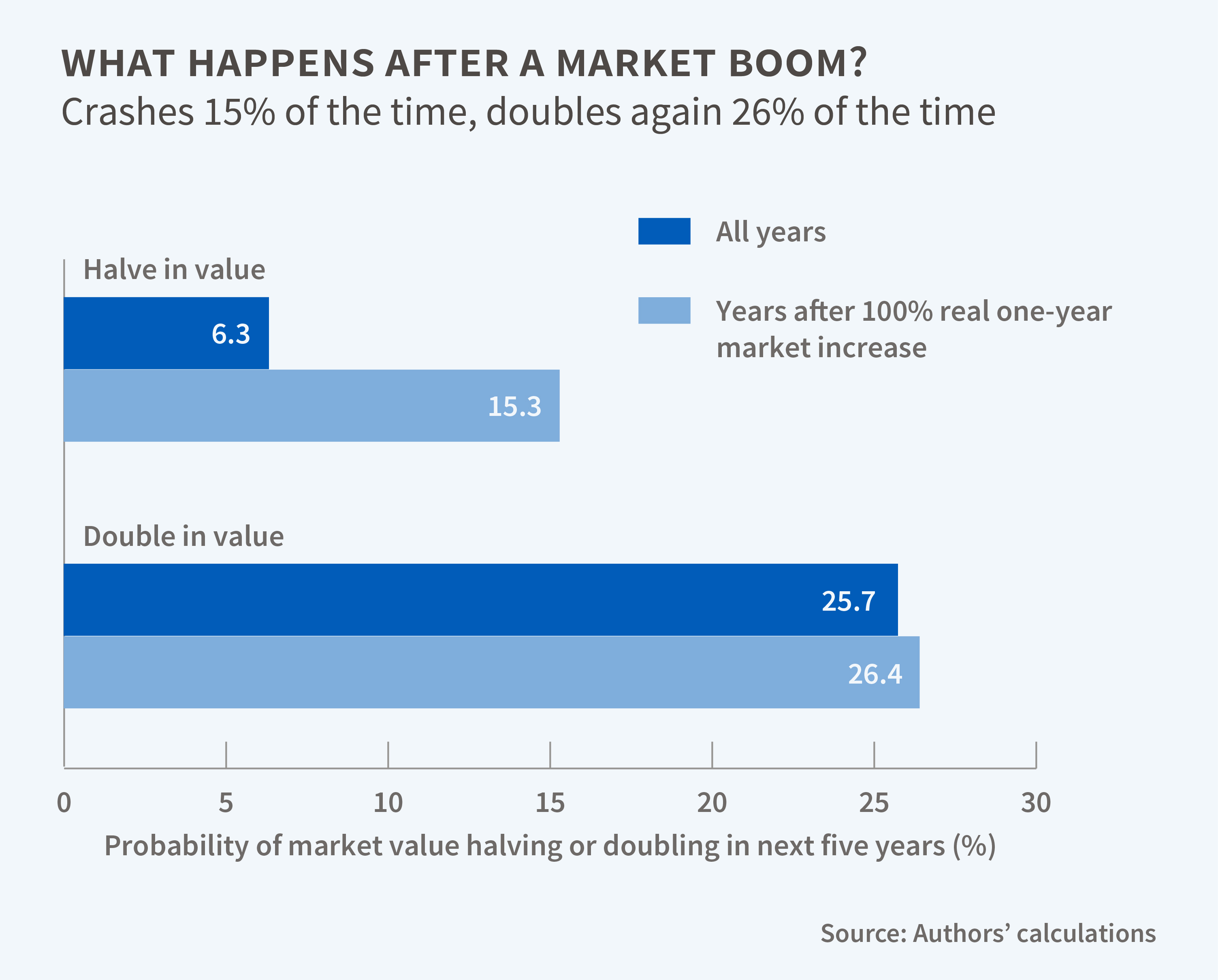 The great majority of booms during which market values doubled in a single year were not followed by crashes wiping out those gains.

A dramatic market rise followed by an equally spectacular fall, such as a doubling in prices that is followed by a halving in value, is often regarded as a bubble followed by a bust. Seeking out such events, Goetzmann analyzes returns for 42 stock markets around the world from 1900 through 2014. He finds that bubble-and-bust episodes are uncommon, and urges caution in drawing conclusions from the widely-reported and discussed great bubbles of history.

Conditional upon a market boom amounting to a stock price increase of 100 percent or more in a three-year period, crashes gave back prior gains only 10 percent of the time. Market prices were more likely to double again following a 100 percent price boom. The frequency of a market crash over a five-year period is significantly higher when that market has just experienced a boom, but the frequency of doubling over the next five years is not much affected by whether a market has recently boomed. Thus a boom does raise the probability of a crash, but the probability of a crash remains low. Probabilities of a crash following a boom in which prices doubled in a single calendar year were also higher, however the great majority of such extreme events were not followed by crashes that wiped out those gains.

Goetzmann suggests that his findings are relevant for regulators who are considering the desirability of deflating bubbles. If bubbles are often associated with investment in promising, albeit risky, new technologies, then when considering policies that may deflate them, policy-makers may face a trade-off between staving off a financial crisis and encouraging fruitful investment. They may evaluate this trade-off differently if the probability of a crash following a boom is low rather than high.