Impacts of Right-to-Work Laws on Unionization and Wages 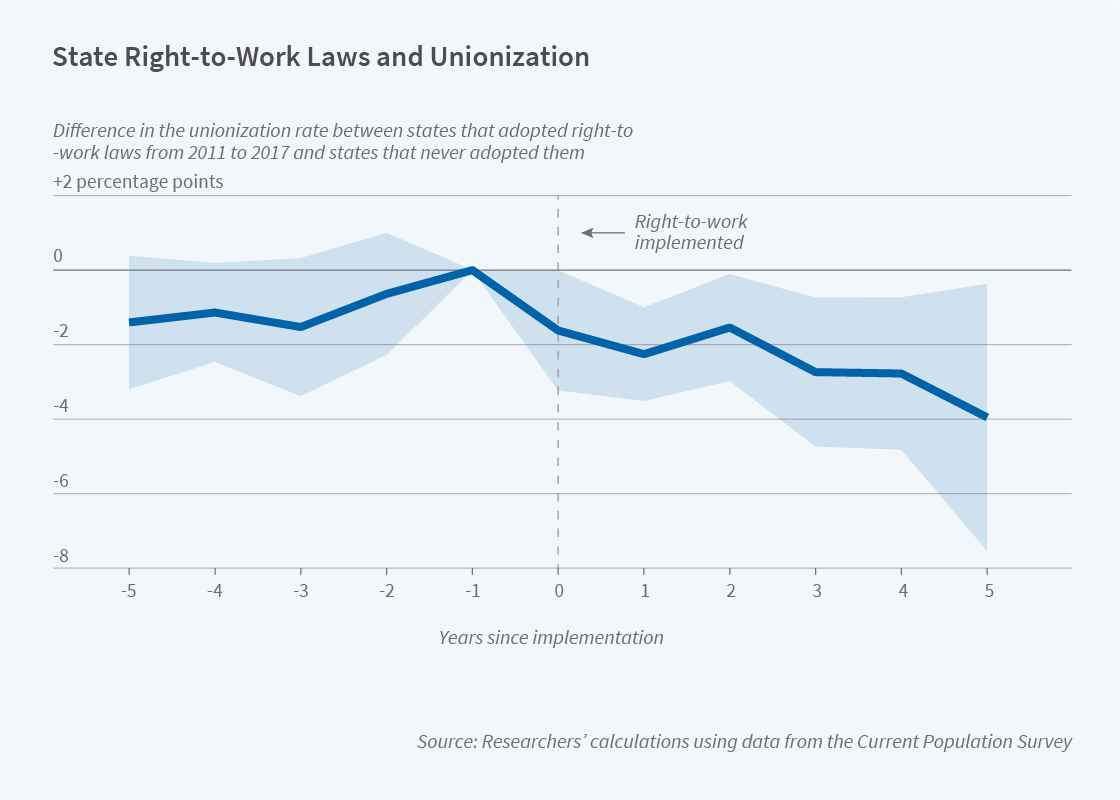 Under the National Labor Relations Act of 1935, all workers covered by collective-bargaining agreements receive the full benefits of those agreements, such as wages and grievance redress, whether they are union members or not. In keeping with this approach, in most US states all covered workers must pay union dues regardless of union membership.

However, the Labor Management Relations Act of 1947, better known as the Taft-Hartley Act, allowed states to introduce “right-to-work” laws under which covered workers cannot be legally required to pay union dues. These laws can create a “free-rider” problem in union membership, undermining unions’ financing and ability to organize workers. Some states passed right-to-work laws before 1980. Six additional states have adopted these provisions since 2001. In Right-to-Work Laws, Unionization, and Wage Setting (NBER Working Paper 30098), Nicole Fortin, Thomas Lemieux, and Neil Lloyd find that these laws significantly reduce unionization rates and wages.

In the five states that adopted right-to-work laws in 2011–17, unionization and wages both declined, particularly in construction, education, and public administration.

They first test the impacts of right-to-work laws using data from five states — Indiana, Michigan, Wisconsin, West Virginia, and Kentucky — between 2011 and 2017. They use worker-level data from the Current Population Survey to test for differential trends in a state’s wage and unionization rates in the years after it adopted a right-to-work law, relative to states that had never done so.