The Welfare State in Transition: Reforming the Swedish Model 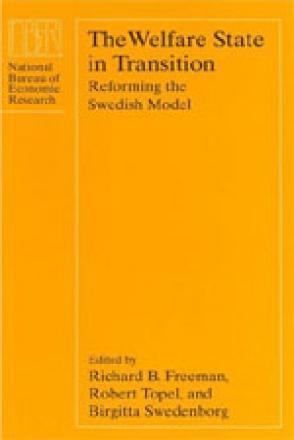 Once heralded in the 1950s and 1960s as a model welfare state, Sweden is now in transition and in trouble since its economic plunge in the early 1990s.
This volume presents ten essays that examine Sweden’s economic problems from a U.S. perspective. Exploring such diverse topics as income equalization and efficiency, welfare and tax policy, wage determination and unemployment, and international competitiveness and growth, they consider how Sweden’s welfare state succeeded in eliminating poverty and became a role model for other countries. They then reflect on Sweden’s past economic problems, such as the increase in government spending and the fall in industrial productivity, warning of problems to come. Finally they review the consequences of the collapse of Sweden’s economy in the early 1990s, exploring the implications of its efforts to reform its welfare state and reestablish a healthy economy.
This volume will be of interest to policymakers and analysts, social scientists, and economists interested in welfare states.