The Returns to the Federal Tax Credits for Higher Education 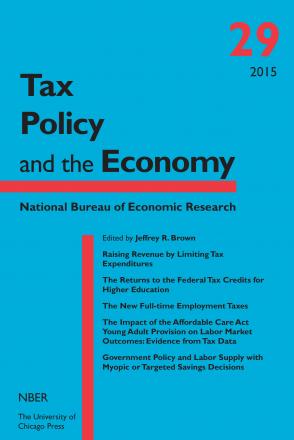 Three tax credits benefit households who pay tuition and fees for higher education. The credits have been justified as an investment: generating more educated people and thus more earnings and externalities associated with education. The credits have also been justified purely as tax cuts to benefit the middle class. In 2009, the generosity of and eligibility for the tax credits expanded enormously so that their 2011 cost was $25 billion. Using selected, de-identified data from the population of potential filers, we show how the credits are distributed across households with different incomes. We estimate the causal effects of the federal tax credits using two empirical strategies (regression kink and simulated instruments) which we show to be strong and very credibly valid for this application. The latter strategy exploits the massive expansion of the credits in 2009. We present causal estimates of the credits' effects on postsecondary attendance, the type of college attended, the resources experienced in college, tuition paid, and financial aid received. We discuss the implications of our findings for society's return on investment and for the tax credits' budget neutrality over the long term (whether higher lifetime earnings generate sufficient taxes to recoup the tax expenditures). We assess several explanations why the credits appear to have negligible causal effects.

The Returns to the Federal Tax Credits for Higher Education
Author(s): George B. Bulman & Caroline M. Hoxby
Three tax credits benefit households who pay tuition and fees for higher education. The credits have been justified...