The Regulated Economy: A Historical Approach to Political Economy 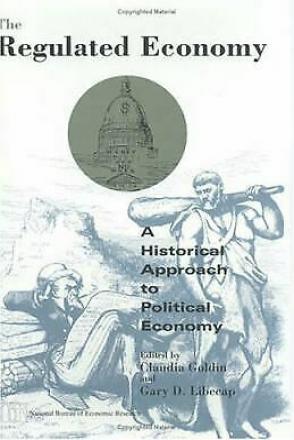 How has the United States government grown? What political and economic factors have given rise to its regulation of the economy? These eight case studies explore the late-nineteenth- and early twentieth-century origins of government intervention in the United States economy, focusing on the political influence of special interest groups in the development of economic regulation.
The Regulated Economy examines how constituent groups emerged and demanded government action to solve perceived economic problems, such as exorbitant railroad and utility rates, bank failure, falling agricultural prices, the immigration of low-skilled workers, workplace injury, and the financing of government. The contributors look at how preexisting policies, institutions, and market structures shaped regulatory activity; the origins of regulatory movements at the state and local levels; the effects of consensus-building on the timing and content of legislation; and how well government policies reflect constituency interests.
A wide-ranging historical view of the way interest group demands and political bargaining have influenced the growth of economic regulation in the United States, this book is important reading for economists, political scientists, and public policy experts.