Regionalism and Rivalry: Japan and the United States in Pacific Asia 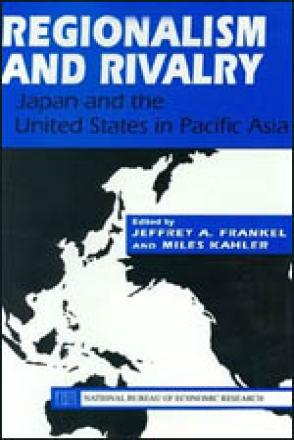 PUBLISHER: The University of Chicago Press

As Japan’s newfound economic power leads to increased political power, there is concern that Japan may be turning East Asia into a regional economic bloc to rival the U.S. and Europe. In Regionalism and Rivalry, leading economists and political scientists address this concern by looking at three central questions: Is Japan forming a trading bloc in Pacific Asia? Does Japan use foreign direct investment in Southeast Asia to achieve national goals? Does Japan possess the leadership qualities necessary for a nation assuming greater political responsibility in international affairs?
The authors contend that although intraregional trade in East Asia is growing rapidly, a trade bloc is not necessarily forming. They show that the trade increase can be explained entirely by factors independent of discriminatory trading arrangements, such as the rapid growth of East Asian economies. Other chapters look in detail at cases of Japanese direct investment in Southeast Asia and find little evidence of attempts by Japan to use the power of its multinational corporations for political purposes. A third group of papers attempt to gauge Japan’s leadership characteristics. They focus on Japan’s "technology ideology," its contributions to international public goods, international monetary cooperation, and economic liberalization in East Asia.