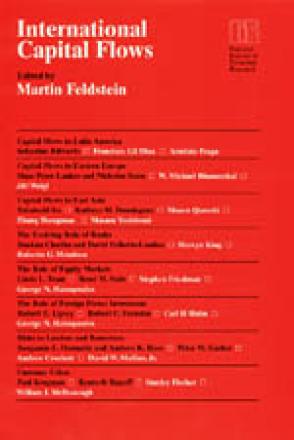 Recent changes in technology, along with the opening up of many regions previously closed to investment, have led to explosive growth in the international movement of capital. Flows from foreign direct investment and debt and equity financing can bring countries substantial gains by augmenting local savings and by improving technology and incentives. Investing companies acquire market access, lower cost inputs, and opportunities for profitable introductions of production methods in the countries where they invest.
But, as was underscored recently by the economic and financial crises in several Asian countries, capital flows can also bring risks. Although there is no simple explanation of the currency crisis in Asia, it is clear that fixed exchange rates and chronic deficits increased the likelihood of a breakdown. Similarly, during the 1970s, the United States and other industrial countries loaned OPEC surpluses to borrowers in Latin America. But when the U.S. Federal Reserve raised interest rates to control soaring inflation, the result was a widespread debt moratorium in Latin America as many countries throughout the region struggled to pay the high interest on their foreign loans.
International Capital Flows contains recent work by eminent scholars and practitioners on the experience of capital flows to Latin America, Asia, and eastern Europe. These papers discuss the role of banks, equity markets, and foreign direct investment in international capital flows, and the risks that investors and others face with these transactions. By focusing on capital flows’ productivity and determinants, and the policy issues they raise, this collection is a valuable resource for economists, policymakers, and financial market participants.