The Financial Crisis and College Enrollment: How Have Students and Their Families Responded? 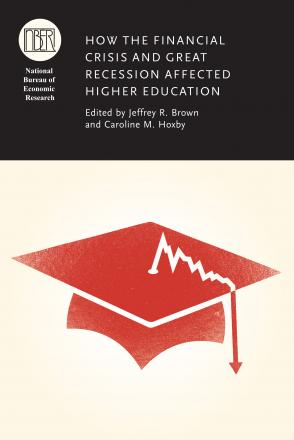 This chapter explores how the Great Recession affected college enrollment and costs to families. As with past recessions, reductions in income and increases in tuition prices could have had negative effects on enrollment, while growing unemployment could have had the opposite effect by reducing the foregone costs of attending school. However, the Great Recession occurred within a much more complex postsecondary context than ever before, with the prominence of student loans but the changing availability of debt, a major increase in the number of college-age students, and substantial policy changes in federal financial aid. The net effect of these positive and negative pressures is unclear. Using data from the Integrated Postsecondary Education Data System (IPEDS), an annual survey of colleges and universities, I investigate how the Great Recession affected college enrollment levels, attendance intensity, tuition costs, and financial aid. The analysis suggests college attendance levels increased during the recession, especially in the states most affected in terms of rising unemployment and declining home values, but it was part-time enrollment that grew while full-time enrollment declined. The tuition revenue collected per student also grew, while grants did not offset the increase in cost, and student loan amounts also increased.