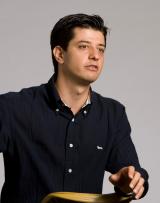 The COVID-19 pandemic, and the lock-down policies adopted in response to it, were associated with an increase in the US unemployment rate from 3.5 percent in February to 14.8 percent in April 2020. NBER Research Associate Francesco Bianchi of Duke University, in collaboration with Giada Bianchi of the Harvard Medical School and Dongho Song of Johns Hopkins University, has investigated the long-term mortality consequences of this elevated level of unemployment. Analyzing the historical relationship between the unemployment rate and subsequent mortality rates for various population sub-groups, the researchers estimate that the pandemic-related unemployment shock will raise mortality rates and reduce life expectancy by about 0.5 percent for the overall US population. Their findings, described in a recent working paper (28304), suggest that in the near term, the increase in mortality rates is likely to be most pronounced for African-Americans and women, although over the long term, mortality for white men will rise substantially. Francesco Bianchi summarizes these findings in the video above.