Spending on transportation is the second-largest category of personal expenditure in the United States, surpassed only by housing. Spending on automobiles is in turn the largest component of transportation expenditures, an amount that is on par with health care and food.1 Moreover, emissions from transportation constitute just under a third of total US greenhouse gas emissions, with light-duty vehicles accounting for almost two-thirds of this total.2 These figures make studying the economic effects of automobile market regulation especially important.

The effects of environmental regulations on automobiles are governed by complex interactions between consumer behavior and firm decisions in the markets for both new and used vehicles. The design of the regulations creates incentives that can drive the overall direction of innovation and product offerings and greatly influence the nature and use of the vehicle fleet. Regulation can also have important consequences for emissions and social welfare. My work uses novel identification strategies and structural models to answer policy-relevant research questions on environmental regulation in transportation. Two of the major themes are the economics of standards and equilibrium in automobile markets.

Fuel economy and greenhouse gas emission standards for new light-duty vehicles are perhaps the most prominent regulations intended to reduce gasoline use and the resulting emissions. Since 2012, the fuel economy standards set by the US Department of Transportation have been aligned with the greenhouse gas emission standards set by the Environmental Protection Agency since there is an extremely close relationship between vehicles’ fuel economy and carbon dioxide emissions.

Evaluating the effects of new-vehicle standards on social welfare is a complicated and fascinating endeavor. New-vehicle standards affect prices and quantities in both the new and used vehicle markets, characteristics of the new-vehicle fleet, the number of vehicles of each model year on the road, the number of miles driven, vehicle scrappage, emissions, and crash fatalities. One important issue is whether consumers fully value fuel economy when purchasing new vehicles. If consumers undervalue future savings from fuel economy improvements relative to how they make other potential investments, then mandatory standards might raise social welfare by shifting consumers into vehicles that provide valuable fuel savings that they did not fully account for in their vehicle choice decisions.3 Undervaluation of fuel economy is the working assumption in all regulatory analyses and could come about due to behavioral anomalies in decision making, such as consumer myopia.

Arthur van Benthem, Sébastien Houde, and I investigated the valuation of fuel economy in the context of a major restatement of fuel economy that affected 1.6 million Hyundai and Kia vehicles in 2012.4 This provided a unique natural experiment to explore how consumers value fuel economy because the restatement was abrupt and entirely unexpected by consumers, the vehicles were identical before and after the restatement, and there were similar models that were not affected and that provided a useful control group. By examining how used-vehicle prices for the affected models changed, we explored how consumers viewed the same vehicle with a slightly higher or lower EPA-rated fuel economy. We were able to rule out other effects of the restatement, such as negative brand publicity.

Figure 1 shows that the restatement led to a 1.2 percent decline — just under $300 — in the prices of vehicles that received a reduced EPA-rated fuel economy. There were no significant effects on the number of vehicles sold, so the primary method of equilibrium adjustment was in the prices. The decline in prices implies that consumers valued every $1 in future fuel savings from improved fuel economy at only $0.11–$0.33. This undervaluation of fuel economy aligns with the assumptions used by the federal government, but contrasts with some other recent studies using different empirical approaches.5

Vehicle attributes besides fuel economy can also play a role in the welfare effects of standards. For example, automakers may raise fuel economy to comply with standards by reducing other valued attributes such as horsepower and acceleration.6 Federal agencies hold other attributes constant and assume that all fuel economy improvements are made by adding technology. But vehicle attributes may affect how households decide whether to keep an older vehicle when they purchase a new one. The average number of vehicles owned by a household in the US is just under two, so most households decide on the next vehicle to purchase while owning at least one other one.

Using data on the universe of vehicle registrations from California, James Archsmith, Christopher Knittel, David Rapson, and I provide evidence of attribute substitution, whereby two-car households are more likely to purchase a lower-fuel-economy vehicle for their next vehicle when the other vehicle is more fuel efficient.7 In other words, if a household holds on to a fuel-efficient Toyota Prius and is replacing another car, they are more likely to purchase a larger vehicle with lower fuel economy. Perhaps the next car will have greater cargo or towing capacity. The intuition is that consumers appear to appreciate having a portfolio of vehicles that provide different attributes.

How Standards Can Influence Driving and Accident Outcomes

If standards lead to changes in vehicle attributes, on-road safety may be impacted. A major criticism of fuel economy standards in the early 1980s was that they led to reductions in vehicle weight and that this reduced vehicle safety and increased traffic fatalities.

Antonio Bento, Kevin Roth, and I investigated how standards influenced the overall distribution of vehicle weights across the entire vehicle fleet for each of the major automakers.8 Using unconditional quantile approaches and unique data on the attributes of all vehicles sold in the US since 1954, we found evidence of down-weighting for smaller, but not larger, vehicles. We also found evidence of up-weighting by several Asian automakers that traditionally sold smaller cars. Because these automakers did not face binding standards, they had room to increase the weight of their vehicles and to improve their competitive positions.

Our analysis confirmed that accident fatalities depend on the difference in the weights of the vehicles involved in an accident.9 By simulating what the full set of vehicle attributes would have been in the absence of fuel economy standards, we found that the regulations actually lowered fatalities by several hundred per year by changing the weight distribution of vehicles.

Standards may also affect accident fatalities by influencing how much households drive. With more-fuel-efficient vehicles, the cost per mile of driving is lower, leading to more driving. This is often called a rebound effect, as the additional driving increases fuel use and reduces the fuel savings from standards. It can be difficult to estimate a causal rebound effect because standards affect many vehicle attributes. To gauge the rebound effect, it is common to use the elasticity of miles driven with respect to the price per mile of driving or the price of gasoline.10 These elasticities can differ substantially based on the location and characteristics of drivers.

Anders Munk-Nielsen and I explored how the responsiveness of drivers to changes in fuel prices differed across space, based on their characteristics and the availability of substitutes to driving.11 Using detailed microdata covering all vehicles and households in Denmark, we identified two groups of households that were much more responsive to gasoline prices. They were in the tails of the distribution of commuting distance to work: those who had the shortest and longest commutes. Those with the shortest commutes lived in urban areas and had many viable substitutes to driving. Those with the longest commutes lived far from the cities, used vehicles to commute, and faced high fuel expenditures, though in Denmark even they had access to reasonable public transportation as a driving substitute. We estimated that if public transportation was unavailable, as is the case in many parts of the US, the fuel price elasticity of driving in Denmark would be much closer to common estimates for the US. This finding sheds new light on the determinants of changes in driving behavior in response to changing fuel prices.

My colleagues and I have developed a computationally tractable framework to study the effects of vehicle market regulation. It incorporates forward-looking consumers who choose to keep, trade, or discard their vehicles, imposes the condition that inflows of new vehicles must equal outflows of scrapped vehicles in each time period, and allows us to estimate how various policies will affect the fleet of vehicles, the full price schedule of vehicles of all model years in the used car market, and the set of consumer demand preference parameters. The framework models all of these key aspects of the vehicle market, while accommodating heterogeneity in household and vehicle types.

We are deploying this framework to examine the effects of a variety of automobile market regulations. In one application, we used data on vehicle registrations and inspections to quantify the effects of reducing the very high new-vehicle registration fee in Denmark and replacing the lost revenue by raising the tax on fuel. 13 Because the registration fee is so high, this “tax swap” could increase aggregate welfare and increase vehicle ownership while reducing vehicle ages, driving, and carbon dioxide emissions. Tax shifts could raise both welfare and tax revenue. 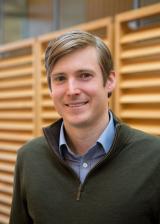 Gillingham’s research interests are in the economics of the environment and energy, with a particular focus on transportation, new technologies, and energy efficiency. He is especially interested in using tools of modeling consumer and firm behavior from the fields of applied microeconomics and industrial organization to investigate the effects of environmental regulations. He also has work modeling the economics of climate change.

Gillingham received an AB in economics and environmental studies from Dartmouth College and MS and PhD degrees from Stanford University. He spent a year in New Zealand studying economics on a Fulbright Fellowship in 2006 and served as the senior economist for energy and the environment at the White House Council of Economic Advisers in 2015–16. He was a wilderness ranger in Wyoming before beginning his career as an economist. He lives in Connecticut with his wife and two sons.