The purpose of this study was to determine whether the formation of healthy habits can be encouraged more effectively when people have financial incentives to follow specific, repeated, rigid routines.

Prior research has demonstrated that providing short-term monetary incentives for repeated exercise can produce habits that persist long after incentives are removed. A separate literature has documented that creating specific, cued plans of action increases the likelihood of achieving a goal. Our study proposes and tests an incentive program that leverages these two sets of findings. Instead of offering monetary rewards that are contingent on exercising at any time, our proposed incentive program offers monetary rewards that are contingent on exercising at a specific time of day that has been selected by the exerciser as a particularly convenient time to visit the gym. The program is designed to create a habit that manifests itself as a recurring specific plan of action. The two strands of literature described above suggest that incentives will encourage the formation of such a habit and that the specific nature of the plan of action will successfully promote exercise. We hypothesize that our incentive program will produce routines that lead to larger and longer-lasting increases in exercise compared to existing incentive programs. 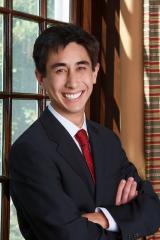 This project is supported by the National Institute on Aging under grant number P30AG034532.