Rising rates of maternal mortality and severe maternal morbidity highlight an unmet need for continuous and comprehensive health insurance coverage for women long before pregnancy and well after childbirth. Advanced maternal age (≥35 years old) and low socioeconomic status are important risk factors for severe maternal morbidity, making it particularly important that low-income, older mothers have continuous health insurance coverage. In 2014 and later, under the Affordable Care Act (ACA), 37 states and DC (as of 2020) expanded Medicaid thresholds to include low-income adults. Although not targeted at mothers, ACA Medicaid expansions may have improved the continuity of Medicaid coverage from the pre-conception through the post-partum period by expanding eligibility to all adults (including childless adults) with incomes below 138% of the Federal Poverty Level. In this study, we examine whether ACA Medicaid expansions are associated with maternal health outcomes and behaviors among women ages 18-49, with a focus on older mothers (≥35 yr.). We use difference-in-difference methods and data from Vital Statistics birth certificate records from 2010-2018. To measure states’ Medicaid expansion status, we create an indicator of whether the mother lived in a state that expanded Medicaid in the year prior to the child’s birth. To capture potential age-specific variation, we also create simulated measures of Medicaid eligibility by maternal age, state, and year. The findings from this work are intended to provide policy-relevant, timely information on the potential role of the ACA Medicaid expansions in improving health among older mothers. 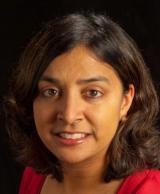 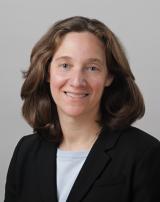