Despite important historical legacies of the Assimilation Era for American Indians, historical data from this era are exceedingly difficult to access and use because of limitations and inconsistencies in how the Census Bureau historically enumerated Native Americans. This has severely constrained high quality quantitative research on Native American economic, social, and social history. Researchers have had to rely almost exclusively on reservation-aggregate data, and many Native Americans remained hamstrung from studying their own past, so has the general population. This proposed research project is designed to resolve four major data challenges in the historical Census, through a combination of novel data collection and record-linkage of existing data. The project will: (i) resolve inconsistencies in the enumeration of Native Americans from 1900-1940; (ii) supplement Census-enumerate person-records with more tribal information; (iii) link individual and households across waves; and (iv) link individual level census data to individual level data from other sources. Once completed, the new data will enable the researchers to answer a range of causally identified questions on the effects of Assimilation-era policies on Native American populations.

This project will undertake a massive and innovative data collection effort on Native American families during reconstruction, digitize the data, and make it available freely to researchers. The project makes four major improvements to existing data set: (a) to resolve inconsistencies in the historical enumeration of Native Americans in the Full Count Censuses from 1900--1940; (b) to supplement Census-enumerated Native American person-records with information on which tribe a person belonged to, using information on the location of historical enumeration districts; (c) to link Native American individuals and households across Census waves using new record linkage methodology that trades off noisy individual-level information against higher-quality household-structure information; and (d) to link person-records in the Population Census to records in other individual-level data sources, namely reservation rolls and Indian boarding school rolls. Once these data improvements are completed, the PIs will focus on three questions that have hitherto been "unanswerable": the effect of Indian land allotment on Native American households, the effect of Indian boarding schools on Native American households and children; and the effects of federally imposed institutional arrangements on the long-run success of reservations/tribes as modern-day polities. The results of this research will shed light and a better understanding of Native American economics and social issues. 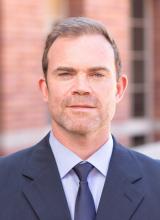 Demography and Aging
Other History