Determinants of Elderly Health: The Role of Place-Based Factors

The goal of the proposed research is to better understand the factors affecting the health and health behaviors of the elderly population in the United States by moving beyond the work of the prior grant, which aggregated analysis of elderly healthcare utilization, to look directly at health behaviors and health outcomes. As recent work has shown, there are large disparities in life expectancy among the Medicare population by race, income, and geography, despite access to the same universal health insurance program. By examining two potential broad-based forces, person-specific factors (“health capital”), which can include genetic endowments as well as prior medical care, and place-based factors (“current place effects”), which is the environment associated with their current location, we hope to gather findings that will greatly enrich not only our understanding of the factors that affect the elderly’s health behaviors and health, but also shed light on the likely efficacy of alternative policies aimed at improving elderly health behaviors and health. To accomplish this goal, the proposal has three central Aims. In Aim 1, we focus on a specific, harmful health behavior: opioid addiction. The elderly population uses prescription opioids at a higher rate than any other age group, therefore suggesting that this crisis is acute among the elderly and may worsen as the near- elderly continue to age. By analyzing person-specific factors, such as mental health status and prior substance abuse, as well as place-specific factors, including availability of physicians willing to prescribe opioids for what they perceive as legitimate reasons or the presence of policies such as prescription monitoring programs intended to limit abuse, we hope to gain a better understanding of both the causes of the opioid crisis and the likely impacts of policies designed to combat it. In the second part of the proposed renewal, we will extend beyond the empirical methodology employed in Aim 1 to focus on the role of place-based factors in two specific ways. In Aim 2, we will analyze the impact of place-based factors on elderly mortality. In Aim 3, we will analyze the role of place-based factors in contributing to health disparities among the elderly population. It is critical to understand the relative roles of current place effects and person-specific factors in contributing to elderly mortality and elderly mortality disparities in order to more fully understand the factors that may lead to elderly mortality and the likely effects of policies on elderly health. Through these aims we hope to gain a clearer understanding of how person- specific and place-specific factors affect the health behaviors and health outcomes of the elderly population in the United States. 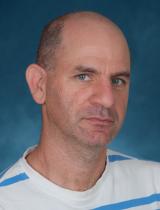 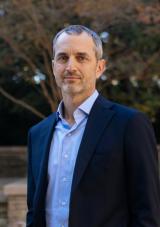 Supported by National Institute on Aging , NIH, HHS through a subcontract with the Massachusetts Institute of Technology grant #R01AG032449