Demand for Advertising and its Impact on Media Content

The project will address two questions: "How does advertising impact the development of media content?" and "What impact does the structure of the advertising market have on competition between content producers, and between advertisers themselves?" The project will analyze the national television market. Although demand for television is declining as digital forms of distribution ascend, new digital distribution markets are adopting similar practices to those used in national television. Press reports suggest this is impacting competition between tech platforms, as well as the nature of content in digital markets. Thus, the lessons learned by studying the television market are important for understanding newer digital markets too. An example of the impact that the advertising market has on competition between television networks, and between advertisers themselves, comes from the 'upfront' market, which sells national ads each spring for the upcoming television season. Among broadcast networks, 'legacy' advertisers with long histories of consistent purchases in this market receive substantial price discounts, resulting in unequal access. Such legacy discounts may lead to lower prices for consumers but may also make entry into consumer product markets more difficult for new competitors, possibly weakening competition. Answering the project's research questions will advance policy-makers' understanding of advertising's impact in product markets and its effect on ad-supported content. In doing so, the project will provide crucial guidance for antitrust and other public policy measures in the media and advertising sectors of the economy.

Advertiser preferences may influence the quality and nature of programming, as well as the degree of competition between content producers and between advertisers in their respective product markets. Research on these effects is often stymied by a lack of detailed, advertiser-level data on prices and ad-placement choices. The proposed research will address this gap in the literature in three steps. The first step will be the development and integration of several new detailed data sources on national television programming, viewership, and advertising. The second step will describe and empirically verify the unusual and consequential features of the television advertising industry. Some of the key patterns the project will analyze include prices that vary across advertisers for the same ad slot, heterogeneous advertising strategies by firms, and variation in the degree of content differentiation by networks. In the third step, the network, viewer, and advertising sides of the market will be modeled to incorporate heterogeneous advertiser demand, advertiser-specific pricing, and the supply of differentiated media content. A thorough understanding of content supply for this market will require an empirical approach that endogenizes product characteristics. Although empirical models of endogenous product characteristics have been previously developed in the literature, these typically focus on product entry, rather than an allocation of resources across multiple products (e.g., programming time), and they omit the feature of legacy pricing. Thus, the proposed work will require and develop a new and expanded modeling approach, to contribute policy-relevant advice related to practices in the advertising and media markets. 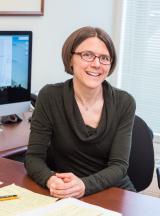 This project is supported by the National Science Foundation under grant number 1919040.